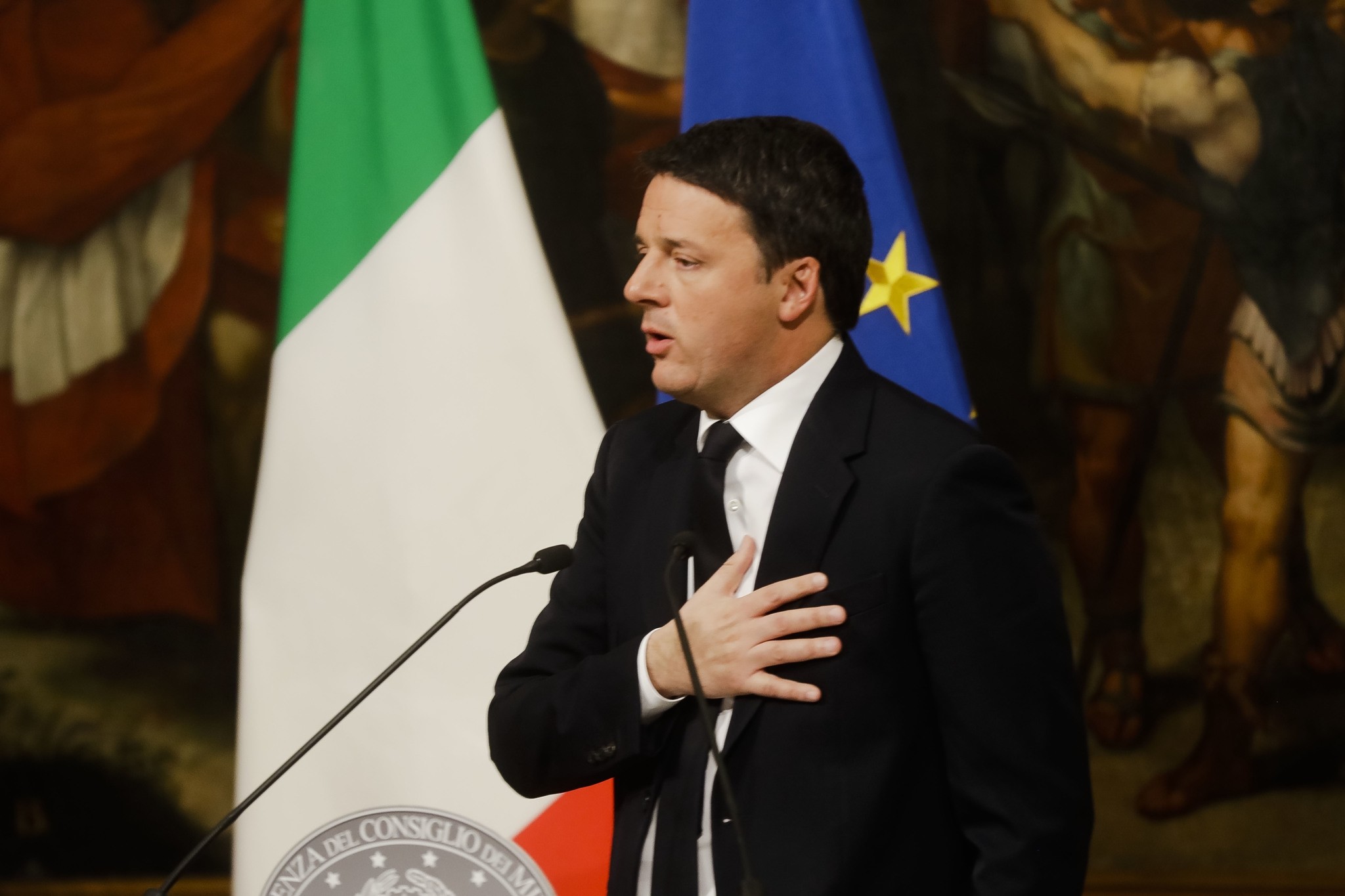 Italian Prime Minister Matteo Renzi formally resigned Monday after a crushing referendum defeat that has sent shockwaves around Europe -- though his departure will be delayed by a final task, passing a budget.

Renzi handed his resignation to President Sergio Mattarella after Italians resoundingly rejected his constitutional reform proposals in Sunday's referendum, to the delight of the country's populist leaders, fresh after Brexit and Donald Trump's US victory.

The departure of the centre-left premier -- who had staked his future on the outcome of the vote -- plunges Italy into political uncertainty and casts a shadow over the future of the eurozone's third-largest economy.

In an apparent bid to ease investor fears, the presidency said in a statement that Mattarella had "asked the prime minister to postpone his resignation" until the 2017 budget has been passed, a move expected by the end of the week, according to Italian media.

The government has already won a vote of confidence on the budget in the lower house of parliament.

Renzi, who in 2014 became Italy's youngest-ever premier, was left with no option but to quit after his proposals to streamline parliament were rejected by voters by a decisive 59-41 percent margin.

The 41-year-old former mayor of Florence, who came to power promising radical reform, defended his record.

"1,000 difficult but wonderful days. Thanks to everyone. Viva l'Italia," he wrote on Facebook.

Italian media said he told his cabinet he had agreed to see the budget passed before his departure "out of a sense of responsibility".

Initial market reaction to Renzi's departure has been subdued.

The euro briefly sank to a 20-month low as investors fretted that political instability could scupper efforts to resolve debt-ridden Italy's long-running banking crisis, and over the possibility of an election that could see anti-EU parties challenge for power.

Italy's FTSE MIB stock index fell 2.0 percent at the opening but recovered to end the day only fractionally down. Italian bond yields rose slightly, having already edged up prior to Sunday's vote.

Traders were reassured in part by the result of Europe's other crucial vote this weekend, which saw Austria reject a far-right candidate for president.

But some analysts said the referendum could yet come to be seen as a landmark moment.

Holger Schmieding, at the Berenberg private bank, said the risk that Italy could choose to leave the euro, while still remote, had increased.

Capital Economics said: "Italy has taken the first step along a path that could lead it out of the eurozone."

The vote inevitably became something of a referendum on Renzi's personality and record after his pledge to stand down should he lose, and an opportunity for some to express wider frustrations.

Populists across Europe rejoiced at his downfall, with the founder of Italy's own anti-establishment Five Star movement Beppe Grillo calling for an election "within a week".

Giovanni Orsina, Professor of Politics at Rome's Luiss university, said four out of five voters had cast their vote politically rather than on the merits of the reform.

"The vote has broad similarities with the Brexit and Trump phenomena," he said. "The electorate voted against the establishment, against Brussels. They didn't get into the subtleties."

Poll data showed the No vote was strongest in areas with high unemployment, in the relatively poor south and amongst young voters, pointing to a correlation with levels of discontent.

Britain's eurosceptic Nigel Farage, who spearheaded the "Brexit" campaign, said the vote appeared to have been "more about the euro than constitutional change".

But former Bank of Italy economist Lorenzo Codgno insisted: "The outcome of the referendum is much more complex and nuanced than 'just another wave of protest across the globe'."

The most probable scenario is a caretaker administration dominated by Renzi's Democratic Party taking over before an election that has to take place by March 2018.

Renzi meanwhile may try to stay on as head of his party, which would leave him well-placed for a potential comeback to frontline politics at the next election. But he faces resistance to that scenario from the many enemies he has made while in office.