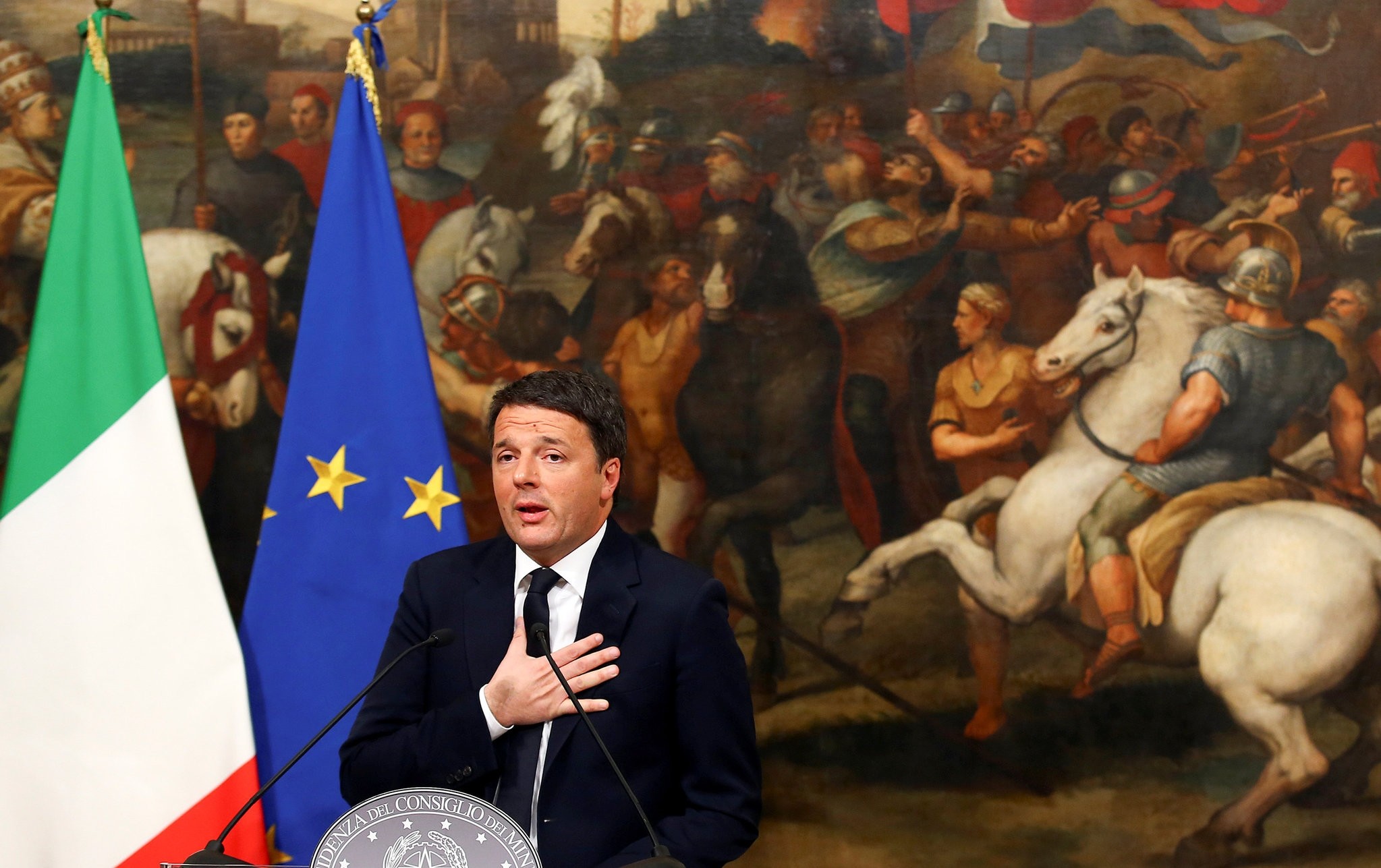 Italian PM Matteo Renzi speaks during a media conference after a referendum on constitutional reform at Chigi palace in Rome, December 5, 2016. (REUTERS Photo)
by Dec 07, 2016 12:00 am

Prime Minister Matteo Renzi tendered his resignation to the head of state on Wednesday following a weekend referendum in which Italians resoundingly rejected his proposed constitutional reforms.

President Sergio Mattarella asked Renzi to carry on in a caretaker capacity while he holds consultations with the political parties to decide the next steps, a statement from the president's office said.

The consultations will begin on Thursday at 1700 GMT and are due to end on Saturday afternoon.

After the consultations Mattarella is widely expected to ask a member of Renzi's cabinet, or a politician from his Democratic Party to try to form a new government. Elections are due in 2018 but many politicians are calling for them to be held earlier.

Renzi said he would quit following his crushing defeat in Sunday's referendum when Italians rejected his proposed reforms to the constitution, but the head of state Sergio Mattarella told him to delay his resignation until the budget was passed.

Sweeping away all amendments to speed up its parliamentary passage, the upper house Senate approved the budget in a vote of confidence, with 173 votes in favor and 108 against.

Minutes later, Renzi announced he would hand in his resignation to Mattarella at 7 p.m. (1800 GMT).

"Budget approved. Formal resignation at 7 p.m. Thanks to everyone and long live Italy," Renzi said on Twitter.

When the premier presented the budget in October he hiked deficit and debt targets previously agreed with Brussels and filled the package with potentially vote-winning measures ahead of the Dec. 4 referendum.

Next year's budget deficit goal is set at 2.3 percent of gross domestic product (GDP), up from 1.8 percent agreed previously with the European Commission.

It abolishes an unpopular state tax collection agency, raises pensions and offers an amnesty for tax dodgers who declare cash previously hidden from the authorities. It also scraps interest and penalties on unpaid fines.

The European Commission said the budget broke EU fiscal rules but delayed any demand for corrective action until after the referendum in order not to hurt Renzi's prospects in the ballot.

EU rules require countries to cut their "structural" budget deficits - adjusted for swings in the business cycle - by at least 0.5 percent of GDP every year until they reach balance or surplus. Italy's budget raises the structural deficit by 0.6 points.

On Monday, the day after the referendum, the Eurogroup of euro zone finance ministers said Italy would need "significant additional measures" to rein in its deficit next year, leaving a tough prospect for Renzi's successor.