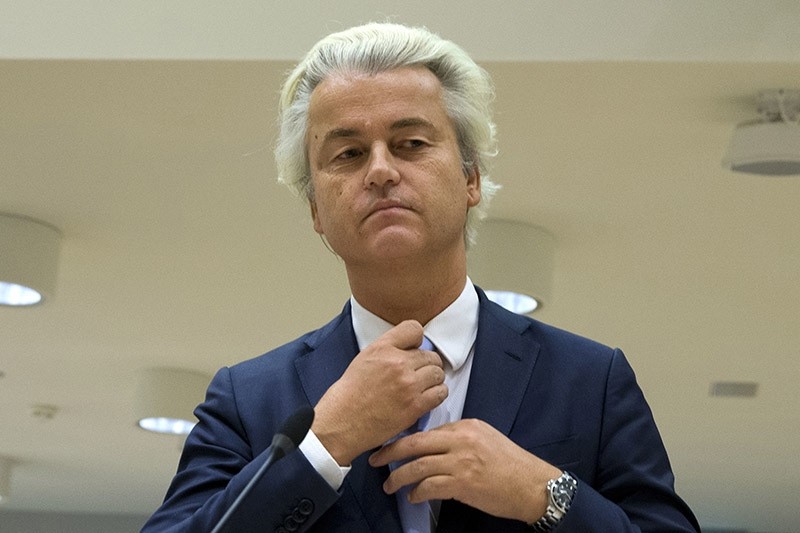 Populist anti-Islam lawmaker Geert Wilders was found guilty Friday of insulting and inciting discrimination against Moroccans, but was acquitted of inciting hate in a closely watched trial ahead of next year's key elections.

In a court verdict, the judges said "the inflammatory character of the way in which the statements were made has incited others to discriminate against people of Moroccan origin."

However, they added that there was "insufficient evidence" that his words at an election rally in 2014 were an incitement to hatred.

The judges also dismissed the prosecution's request to impose a 5,000-euro fine on the far-right deputy, whose Freedom Party (PVV) is eying an upset victory in the March 2017 polls.

"In this case, the most important question is whether Wilders has crossed a line. This judgement has answered that question," the judges said in their verdict. "Therewith, the chamber finds that justice has been done. Consequently, no punishment is imposed."

Wilders, 53, was swift to express his intentions of appealing his conviction. Labeling his conviction of discrimination and inciting hatred as "insanity" he said the three judges who handed down the ruling were "haters" of his far-right PVV.

The most recent opinion polls predict the PVV will top the vote, saying it could seize 34 seats in the 150-seat lower house of the Dutch parliament, some 10 seats ahead of his nearest rival, Prime Minister Mark Rutte's Liberals.

Meanwhile, observers said rather than hurting the controversial lawmaker image, the trial might have boosted his popularity among Dutch voters, who are worried about the influx of immigrants and driven by euroskeptic sentiments.

Amid a string of populist victories in Europe and the November election of Donald Trump as the next U.S. president, the outcome of the Dutch vote will be keenly watched. The Netherlands is holding parliamentary elections in March 2017.

The politically charged prosecution centered on comments Wilders made before and after the Dutch municipal elections in 2014. At one meeting in a Hague cafe, he asked supporters whether they wanted more or fewer Moroccans in the Netherlands. That sparked a chant of "Fewer! Fewer! Fewer!" — to which he replied, "we'll take care of it."

On Friday, he was convicted for the interaction with the crowd of supporters in the Hague cafe, which judges said was carefully orchestrated and broadcast on national television. He was acquitted for similar comments he made in a radio interview a week earlier, which the judges said did not amount to inciting hatred.

Before declaring Wilders guilty, Steenhuis stressed that freedom of expression was not on trial.

"Freedom of speech is one of the foundations of our democratic society," the judge said. But he added: "Freedom of speech can be limited, for example to protect the rights and freedoms of others, and that is what this case is about."

Abdou Menebhi, president of the Euro-Mediterranean Center for Migration and Development, welcomed the judgment.

"For us, it's a very important verdict," he told The Associated Press. "This gives the Moroccans who felt like victims a renewed belief in a democratic society."

He said it also sent a message to Wilders' supporters to be careful.

"This man is not looking for solutions for you," Menebhi said. "His is an ideology of smearing Europe, migrants, Muslims, without offering alternatives."