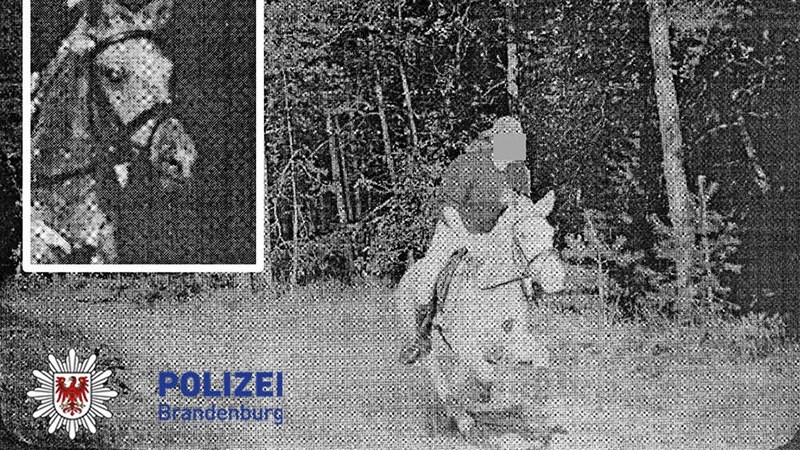 A woman galloped so fast with her horse that speed camera flashed in northern German state of Brandenburg, while the image going viral in social media circles.

The German police apparently found the incident quite amusing and shared it on their official Facebook website as part of their Christmas special advent calendar.

The horse and the woman were flashed at a speed of 43 kilometers per hour on a road located northeast of Berlin. The horse is seen in straight gallop while the face of the rider is unrecognizable.

An additional photo shows the full head of the horse, where cameras normally zoom in to the speeding drivers.

The photo soon went viral after it was published, receiving more than 4,000 likes and almost 2,000 shares after only one day.

According to a police spokeswoman, the photo dates back to 2005 and may have been taken during fine tuning tests of the device. The rider probably did not have to pay a fine.