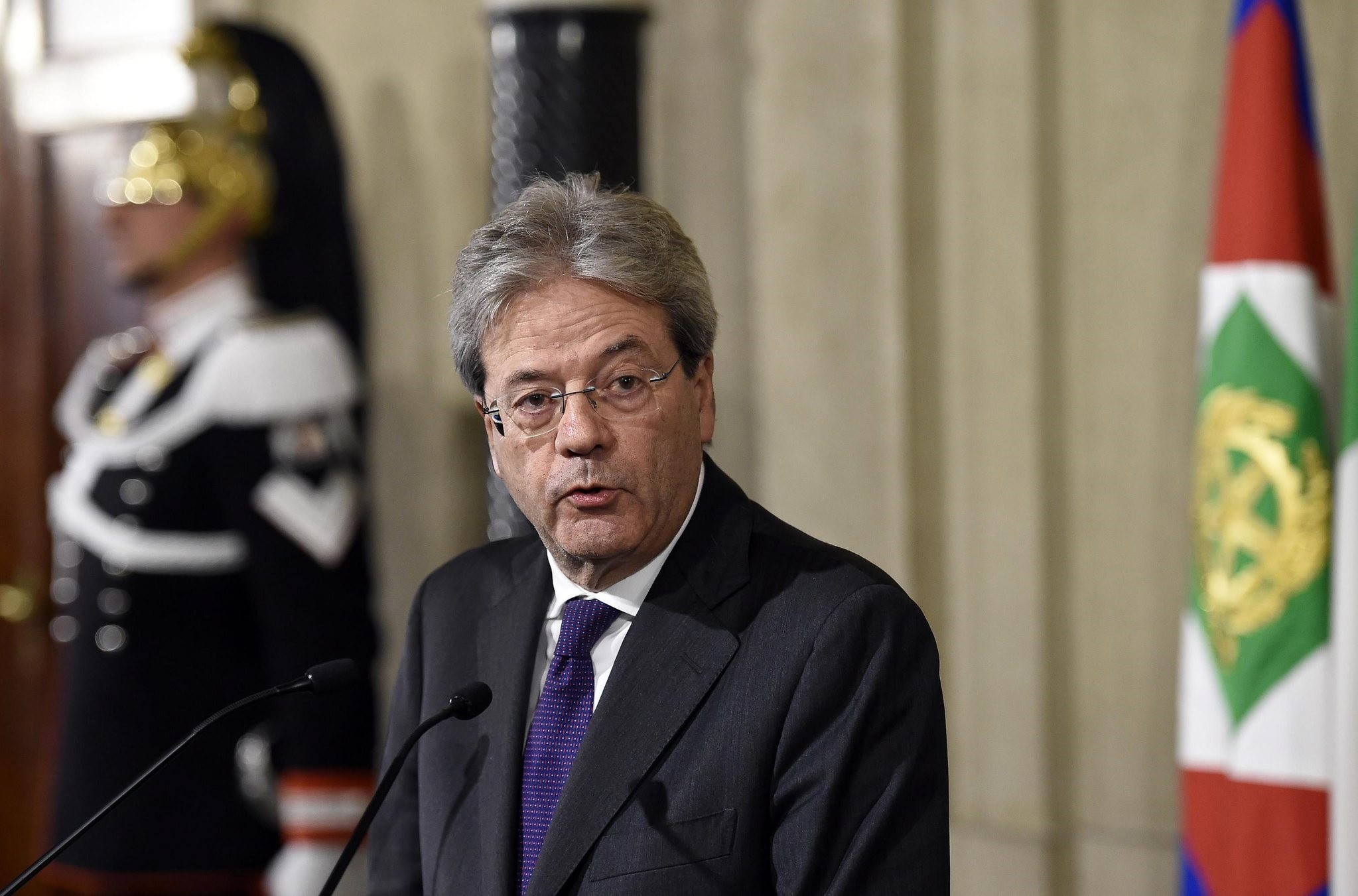 Italian designate PM Gentiloni speaks to the press after a meeting with Italian President Mattarella at the Quirinale Palace in Rome, 12 Dec. 2016. (EPA Photo)
by Dec 12, 2016 12:00 am

But a small centre-right party that had supported the previous premier, Matteo Renzi, said it might not back the new government, raising doubts over whether Gentiloni will have the numbers in parliament to form a majority.

In a rapid transfer of power from Renzi, who quit last week after losing a Dec. 4 referendum on constitutional reform, Gentiloni took just a day to put his team together.

"I've done my best to form this government as quickly as possible," Gentiloni, 62, told reporters after presenting his list of ministers to President Sergio Mattarella.

Gentiloni, who was Renzi's foreign minister, said he would follow policies similar to those of his predecessor and urge the European Union to be more "growth-oriented".

He also pledged particular attention to the under-developed south which voted overwhelmingly against Renzi in the referendum, creating a minister for the region.

Among those reconfirmed in their post was Economy Minister Pier Carlo Padoan, who is overseeing Treasury efforts to prevent Italy's third largest bank, Monte dei Paschi di Siena, from collapsing under its bad loans.

Many other key ministers, including for defence, industry, health and justice, remained unchanged, with the centre-left Democratic Party (PD) maintaining the lions' share of positions.

Gentiloni passed his former job of foreign minister to Angelino Alfano, who was previously interior minister.

The new cabinet will face confidence votes in both houses of parliament this week before Gentiloni can formally take office at the head of Italy's 64th government in just 70 years.

However, the vote in the highly fragmented upper house, the Senate, was thrown into doubt when Denis Verdini, head of the small Liberal-Popular Alliance for Autonomies party (ALA), said it would not back Gentiloni if it was not sufficiently represented in the cabinet.

Renzi relied on the support of Verdini, a seasoned parliamentary wheeler-dealer, who used to be the right-hand-man of former prime minister Silvio Berlusconi.

ALA and its sister party, Civic Choice, founded by former prime minister Mario Monti, have 18 senators. They could deprive Gentiloni of a majority if they all vote against him. If they take no part in the vote, the new government should be able to take office.

Assuming he passes this hurdle, one of Gentiloni's main tasks will be to draw up a new electoral law. If this reform is completed quickly it could open the way to an election in the first half of 2017, a year ahead of schedule.

Italy has different electoral laws for its two chambers and the president has said they need to be harmonised to try to make sure a solid government can emerge from the next ballot.

The anti-establishment 5-Star Movement is pushing for a rapid reform and a vote as soon as possible. Renzi also wants an early election, hoping to steam-roller critics within his PD and present himself as the party's prime ministerial candidate.

"The next election, presumably in June, will be held with a proportional voting system," Renzi said in an interview with Quotidiano.net.