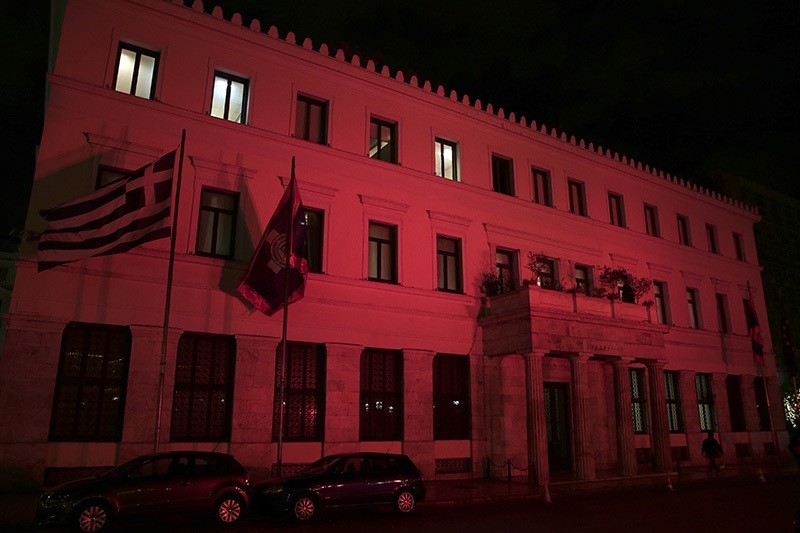 Athens Municipality has lit its headquarters in the colors of the Turkish flag to show solidarity following the PKK attack which killed 44 and injured over 150 in Istanbul.

The building was lit with red and white on Monday night.

Despite their troubled history and rivalry on issues such as the Aegean Sea and the Cyprus issue, the two countries are also known to have shown solidarity with each other in times of need, the most renowned case being the mutual aid given following the Aug. 1999 Izmit and Sept. 1999 Athens earthquakes.