Spain arrests 2 Catalan members for burning photos of the King 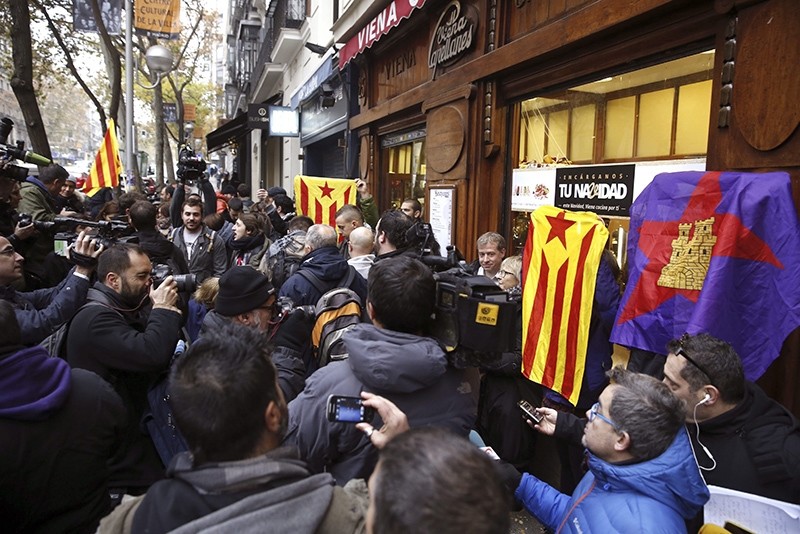 Representatives of the Catalonian pro-independence left wing party Popular Unity Candidacy (CUP) protest at the Audiencia Nacional court against the detention of two party members (EPA Photo)
by Dec 13, 2016 12:00 am
Spanish police on Tuesday arrested two members of the far-left, pro-independence Catalan party CUP after they failed to appear in court to face charges of insulting King Felipe VI by burning photos of him, CUP said.

Nora Miralles and Roger Santacana were detained while heading by bus to the Spanish capital Madrid to join a rally in protest against the earlier arrest of three other party members for the same offence, CUP said on its Twitter account.

At a press conference in parliament on Monday, several CUP delegates tore up photos of King Felipe in solidarity with those arrested.

CUP backs Junts pel Si (Together for Yes), the pro-secession governing coalition of several parties in the Catalan capital Barcelona that plans to pass a 2017 budget in the coming weeks and to hold an independence referendum next year.