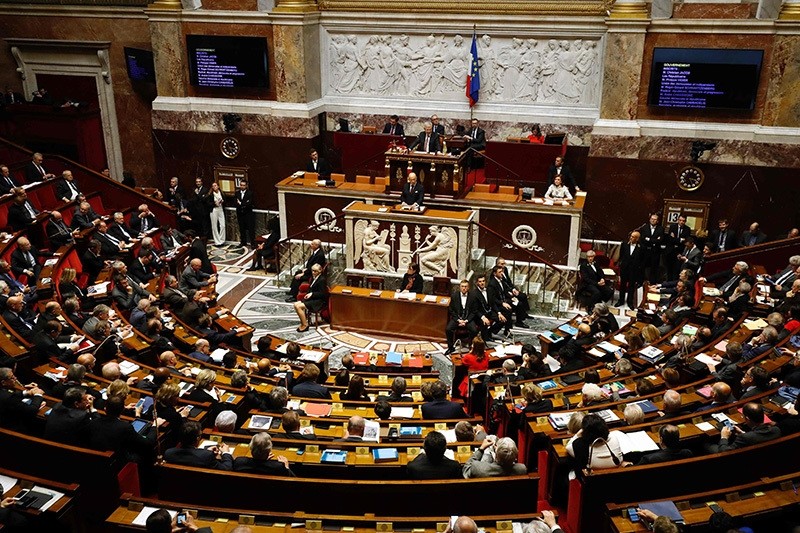 French lawmakers agreed to extend the state of emergency to July 2017, covering the intense election period with campaigning and balloting in a two-round presidential election and legislative elections

France's parliament has voted early Wednesday to extend a national state of emergency until July 15, 2017 after next year's elections. It is the fifth extension of the state of emergency, which gives police extended powers of search and arrest.

The extension, which will give the country its longest uninterrupted state of emergency since the Algerian War in the 1960s, will span the two-round presidential election in April-May and the June parliamentary polls. The security measures, in force since attacks in Paris that killed 130 people in Nov. 2015, are now expected to be approved by the country's senate on Thursday.

The overnight vote in the national assembly passed with 288 votes to 32, with only Left-Front lawmakers, protesting ecologists and a handful of center-right Republicans voting against it.

French Interior Minister Bruno Le Roux stated that the sequence of the presidential and legislative elections of 2017 pointed out "institutional fragility" as the election period stresses a time of significant risks of destabilization. With numerous public meetings and campaign rallies expected in the coming months, Le Roux said, "the intense electoral period we are entering increases the risk of further terrorist acts," echoing weekend comments by his predecessor, newly-appointed Prime Minister Bernard Cazeneuve.

The extension, until July 15, would also allow a new president [incumbent Francois Hollande is not seeking re-election] to assess security and prolong the state of emergency if necessary.

Following the extension of the emergency rule across the country, France will put more police and soldiers on the streets to deter would-be militant attackers from striking during Christmas and New Year festivities, Interior Minister Le Roux said on Wednesday.

"The threat is serious," said Le Roux, who has the power to deploy around 3,000 extra police and soldiers during the year-end holiday season, a peak time for party events and at airports and railway stations.

"I want tourists to come to the country in large numbers and I want our fellow citizens to be able to go out and have fun," he told RTL radio.

Ahead of the vote, Le Roux stressed that France faced "an extremely high" risk of a terrorist attack.

More than 230 people have been killed in militant attacks in France over the past two years, including 86 during this year's July 14 national holiday celebrations in the Riviera resort of Nice.

Since last year's Paris attacks up to 10,000 police and soldiers have at times been deployed to protect sensitive sites such as synagogues, airports and stations. The total has been pared back to around 7,000 since the end of the European soccer championship in July.

Beyond the human toll, tourist arrivals in France between July and September fell 10.6 percent from last year, and 18 percent in Paris. In November, the government announced spending of 15 million euros ($15.9 million) on cameras and other security measures in key tourist zones.