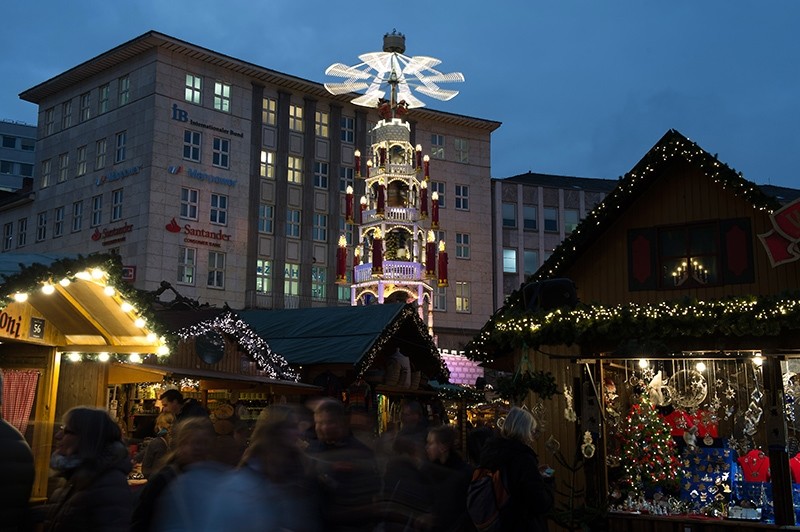 Visitors walk across the Christmas market in Kassel, Germany, Monday Dec. 12, 2016. (AP Photo)
by Dec 16, 2016 12:00 am
A 12-year old German-Iraqi boy suspected of having links to Daesh terrorists tried to blow up a bomb at a Christmas market in the western town of Ludwigshafen, German magazine Focus reported on Friday, citing security and judicial sources.

The boy, born in the same town in 2004, was "strongly radicalized" and apparently instructed by an unknown Daesh member, Focus reported.

The suspect put down a backpack containing a self-made nail bomb at the Christmas market on Nov. 26, but the device did not go off because the detonator failed, it said.

A market visitor called the police after finding the backpack and specialists defused the device, the report said.

Police identified and arrested the boy, who is now in a youth detention centre, the report said, adding that the Federal Public Prosecutor had taken over investigations on the charge of a serious act of violent subversion.

A spokesman at the Federal Public Prosecutor Office in Karlsruhe was not immediately available for comment.