One dead, several injured in fire at migrant workers' center near Paris 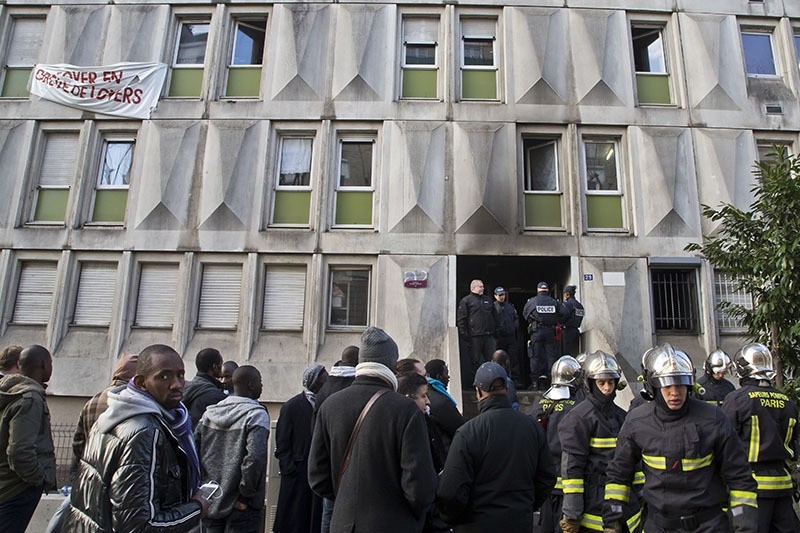 Migrants and fire fighters gather outside a migrant workers' center after a fire broke out in Bouglogne-Billancourt, west of Paris, Friday, Dec. 16, 2016. (AP Photo)
by Associated Press Dec 16, 2016 12:00 am

French police are investigating a fire that broke out in a migrant workers' center near Paris that left one person dead, several injured and forced the evacuation of 300 people.

Nanterre prosecutors' office said the fire started around 3:30 a.m. Friday in the suburb of Boulogne-Billancourt, west of Paris.

The Paris firefighters' press office said six people were saved "from a certain death" after being rescued with ladders and 13 people suffered minor injuries after inhaling toxic smoke. Nearly 300 people were evacuated and the fire was quickly extinguished.

Paris police later said one person had died, without elaborating.

Paris firefighters said three people were seriously injured when they jumped out of the building's upper windows to escape the flames. It was unclear whether the person who died was among those three.

Prime Minister Bernard Cazeneuve promised to investigate and expressed his "solidarity" with the victims in a message posted on Twitter.

Investigators have yet to determine whether the fire was arson.