by Dec 19, 2016 12:00 am
A 101-year-old pedophile -one of the oldest convicted criminals in British legal history- was sentenced Monday to 13 years in prison for 21 sexual offences against children.

Ralph Clarke, from Birmingham in the English Midlands, was found guilty Friday of sexually abusing two sisters in the 1970s and early 1980s. 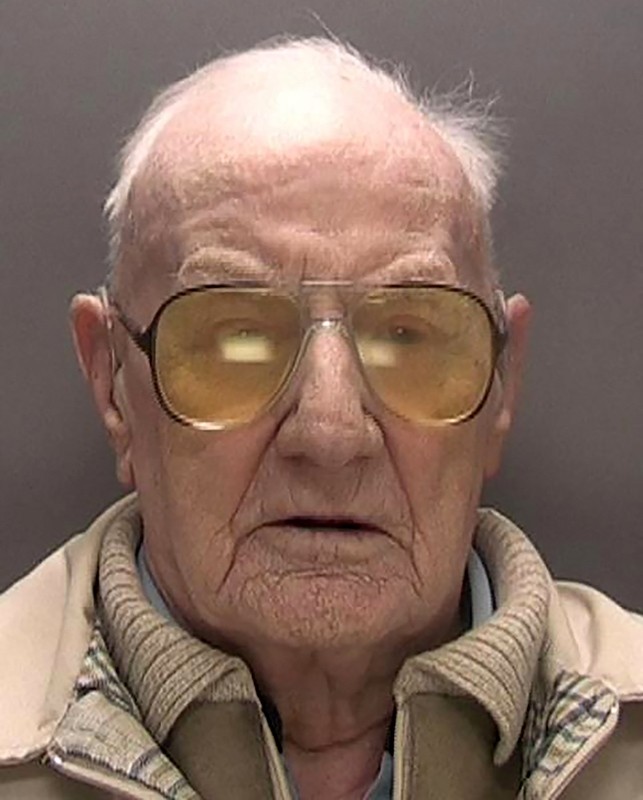 "You present as a fragile old man; however, what was plain to see was that, despite your guilty pleas, you have no remorse whatsoever," Judge Richard Bond stated at the sentencing.

The victims, who were between the ages of 4 and 13 when the abuse took place and are now in their late 40s, spoke to police after they saw Facebook posts celebrating Clarke's 100th birthday.

Clarke denied abusing the sisters and accused them of being serial liars.

The retired lorry driver was also convicted of sex offences against a young boy, which he admitted during the trial at Birmingham Crown Court.
Last Update: Dec 19, 2016 4:47 pm
RELATED TOPICS