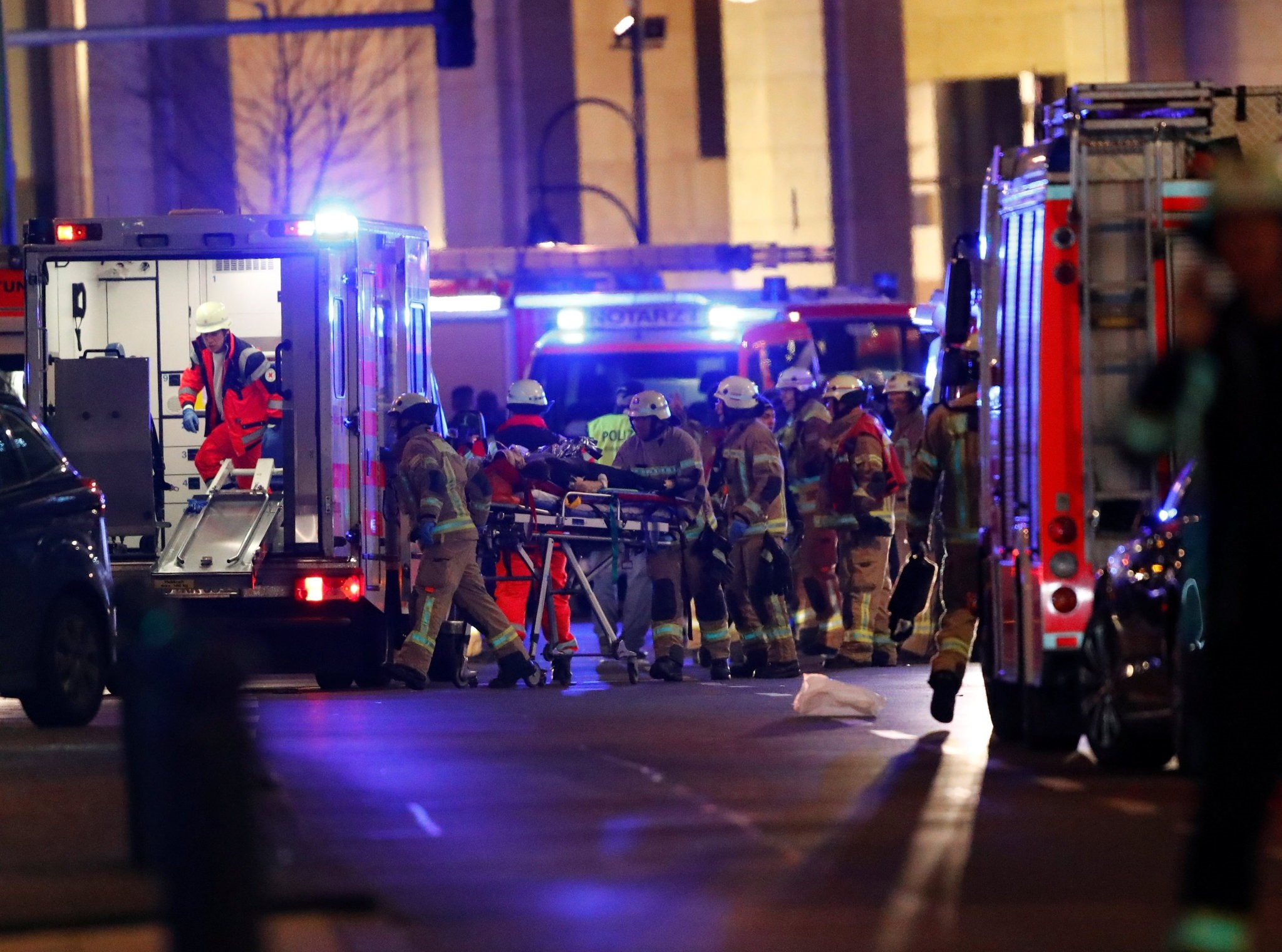 A lorry crashed into a Christmas market in Berlin on Monday, killing nine people and injuring at least 50, police spokeswoman told AFP.

"There are at least 50 injured... some seriously. Some are dead," she said after a driver drove up the pavement of the market in a central square popular with tourists.

A photo posted by the Morgenpost showed damaged tables and stalls.

The Berliner Zeitung said police believed there were multiple injuries, but police couldn't immediately be reached to confirm.

Both newspapers reported it wasn't immediately clear whether the incident was an accident or some kind of an attack on the market.

The incident is suspected to be a terror attack as it is very similar to the truck attack on 14 July 2016, when a 19 tonne cargo truck was deliberately driven into crowds celebrating Bastille Day on the Promenade des Anglais in Nice, France, resulting in the deaths of 86 people and injuring 434.
Last Update: Dec 20, 2016 1:27 pm
RELATED TOPICS