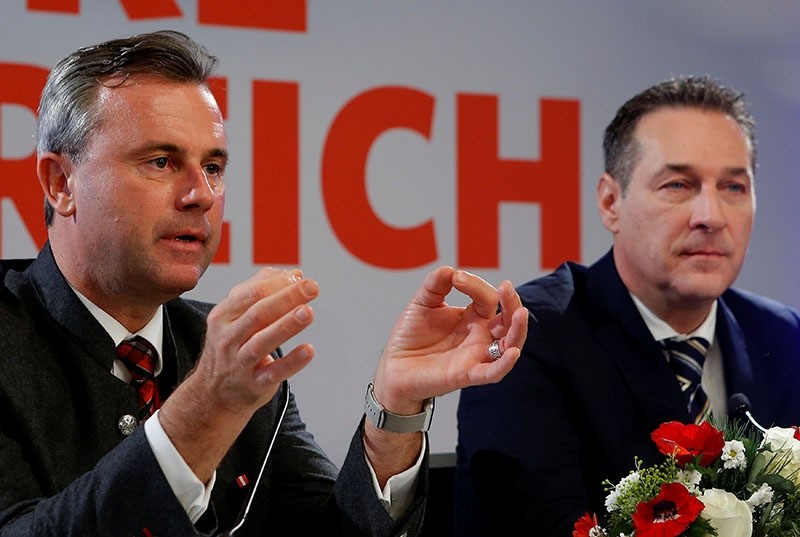 FPOe chief Heinz-Christian Strache signed the five-year agreement with senior United Russia officials during a trip to Russia, where he also renewed criticism of international sanctions against Moscow.

"The aim is to work together on various levels, from youth party wings via regional branches to international issues," the eurosceptic FPOe said in a statement.

Strache also reiterated his call to lift "damaging and pointless international sanctions" against Russia over its annexation of the Crimean peninsula in 2014.

"There are ancient cultural and economic links between Austria and Russia," said party official Sergey Zheleznyak in a statement, who was sanctioned with a travel ban by the EU because of his active support for Russia's annexation of Crimea and its involvement in the war in eastern Ukraine.

Also attending was Norbert Hofer, the FPOe's presidential candidate who missed out on becoming the European Union's first far-right head of state after losing a runoff on December 4.

Despite his defeat, Hofer nonetheless reaped 46.2 percent of the vote -- the FPOe's best result to date.

The outcome is a further boost for the anti-immigration party, which is already leading opinion polls ahead of the next general election scheduled for 2018.

The FPOe is one of several European populist and eurosceptic outfits seeking closer ties to Russia, including the Front National in France, Jobbik in Hungary and Syriza in Greece.

Eurosceptics across Europe were buoyed by the Britain's shock vote in June to leave the 28-nation European Union, which on Monday extended economic sanctions on Russia over its intervention in Ukraine for another six months.

Moscow has also benefitted from the recent rise of populist groups on both sides of the Atlantic.

An open admirer of Putin, US President-elect Donald Trump recently appointed as secretary of state the oil tycoon Rex Tillerson, who has also admitted to having "a very close relationship" with the Russian leader.