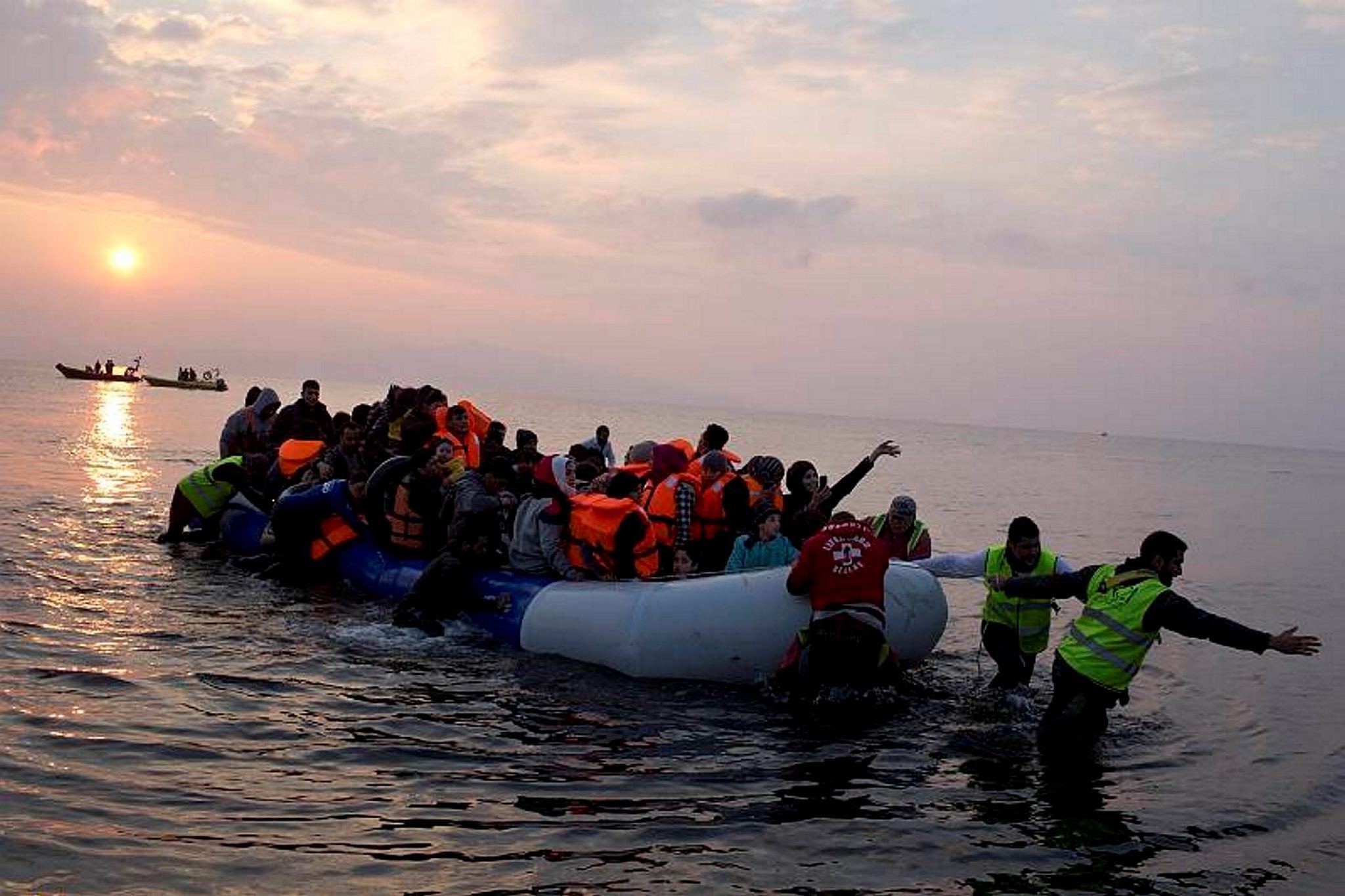 In this March 20, 2016 file photo, volunteers help migrants and refugees on a dingy as they arrive at the shore of the northeastern Greek island of Lesbos, after crossing the Aegean sea from Turkey.
by Compiled from Wire Services Dec 19, 2016 12:00 am

Migrant deaths and the number of people still missing reached the highest yearly worldwide record, with more than a 20 percent increase in comparison with 2015, according to the International Organization of Migration (IOM)

The International Organization for Migration said that the organization had recorded the highest yearly migrant deaths worldwide since the statistics started, with 7,189 migrants and refugees dying or missing on their migratory routes.

The number of migrants feared to have died this year has soared to nearly 7,200, a more than 20-percent increase over 2015, with most of the fatalities in the Mediterranean, IOM said.

In total, 7,189 migrants and refugees have died or remain missing on migratory routs around the world, the International Organization for Migration said.

And since it represents an average of 20 deaths per day, another 200 to 300 people could perish by the end of the year if the trend continues, the Geneva-based IOM warned in a statement.

The Mediterranean Sea routes, used so far this year by nearly 360,000 people seeking a new life in Europe, remains by far the world's deadliest, accounting for over 60 percent of the total number of migrant deaths, the statement said.

As of late Thursday, IOM said 4,812 people had died trying to make the treacherous crossings to Italy, Greece, Cyprus and Spain since the beginning of 2016.

But it warned that that number was likely already dated, pointing to information it had received Friday that another 88 people were feared missing after a boat carrying 114 was reported sunk off the coast of Zawiya in Libya.

In all of 2015, 3,567 people died crossing the Mediterranean. The significant increase in deaths this year is all the more dramatic considering that the number of arrivals in Europe has fallen by more than half, from 883,393 in 2015 to 357,249 this year, IOMsaid.

Migrant deaths have also meanwhile risen this year along other migratory routes, including over land in both northern and southern Africa, in Central and Latin America and at the United States-Mexico border, IOM said

Another report published by the United Nations, at least 3,800 refugees have died in the Mediterranean Sea so far this year, making 2016 the deadliest year on record.

"We are receiving more reports of deaths in the Med. We can now confirm that at least 3,800 people have died, making 2016 the deadliest [year] ever," UNHCR spokesman William Spindler wrote on Twitter.

The UNHCR said the increased number of deaths this year is partly due to the fact that smugglers are often using rubber dinghies, which are prone to deflating, capsizing and losing people who fall overboard. In addition, more migrants are arriving with severe burns from being exposed to fuel mixed with sea water in the bottom of the dinghies. Smugglers are using rubber dinghies because they are cheaper and easier to obtain.

According to the UNHCR, some 3,771 Mediterranean refugee deaths were reported for the whole of 2015. Over one million refugees crossed the Mediterranean to Europe last year. This year so far, crossings stand at 327,800, the U.N. said.
RELATED TOPICS