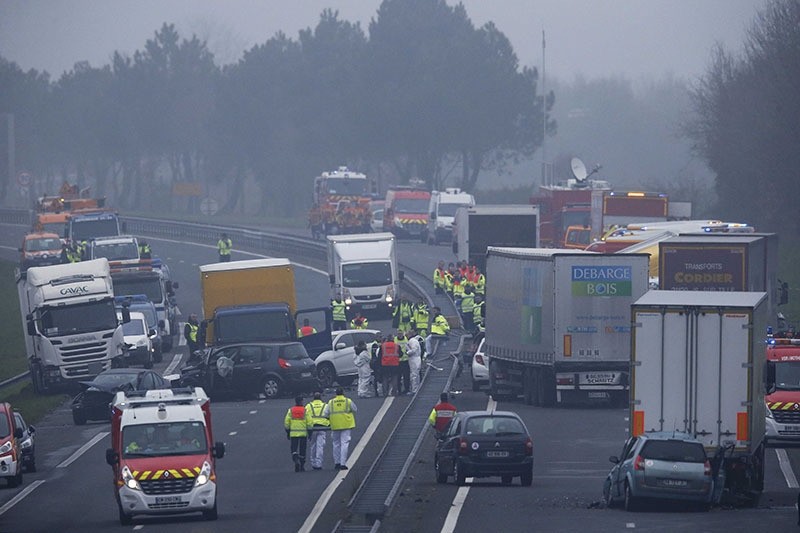 French rescue services work at the scene of an accident involving forty vehicles which crashed due to fog on the road between La Roche-sur-Yon and Sables-d'Olonne, France on 20 Dec. 2016. (Reuters Photo)
by Dec 20, 2016 12:00 am

At least five people were killed in a highway accident involving approximately 40 vehicles early Tuesday in western France, a spokeswoman for the local authorities' office said.

Around six people were seriously injured in the accident that affected traffic in both directions on a highway in the western coastal department of Vendee, local broadcaster France Bleu reported citing the prosecutor.

France's Interior Ministry said the department of Vendee had activated an emergency plan, and traffic authorities warned drivers to stay clear of the A87 and RD160 highways between Sables d'Olonne and La Roche-sur-Yon.

Local broadcaster said a heavy fog was responsible for the highway accident.