Refugees worried about being falsely accused after Berlin truck attack 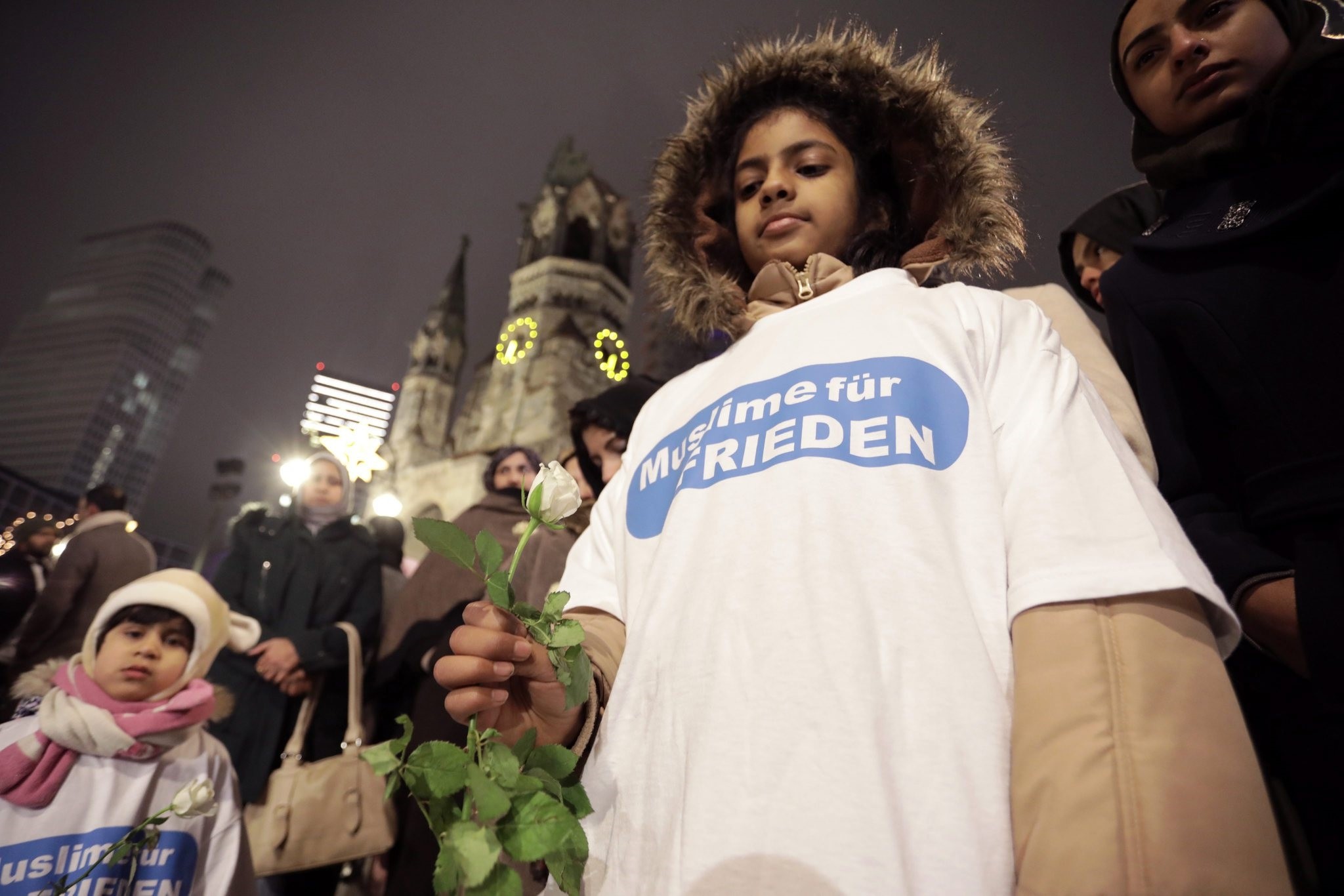 Participants in a vigil wear t-shirts with the slogan 'Muslims for Peace' outside the Kaiser Wilhelm Gedaechtnis Church in Berlin, 20 Dec 2016. (EPA Photo)
by Dec 20, 2016 12:00 am
Refugees in Berlin pleaded with their host nation to avoid placing migrants under a blanket of suspicion after police commandos raided their shelter, which had been home to a man arrested over a truck attack on a crowded Christmas market.

"We are of course worried," said Ibrahim Sufi, a 26-year-old Syrian living in Hangar 7 at the former Tempelhof airport, an imposing structure built by Hitler to showcase Nazi might and now being used to house migrants.

"We are worried about how the German public will view us after this terrorist attack," added Sufi, tucking his hands into his red jacket to keep warm on a freezing morning. "My message to the Germans is: 'Don't suspect everybody, don't generalise.'"

Refugees were accosted by dozens of journalists eager for information about Monday night's police operation, carried out after the attack that killed 12 people. Some gazed at the ground as they left the huge hangars and sped away to language lessons, waving their arms to fend off reporters.

"We woke up to shouts in German around 3:30 in the morning," said Afghan refugee Safihullah, 21, who lives in Hangar 6, which was raided by police.

"We had no idea what was happening. Security guards told us to stay in. Later they told us there had been a police raid. They said nothing else," added Safihullah, speaking in German.

A security source told Reuters the arrested man had been staying at the Tempelhof refugee centre. However, police said they were not sure if he was the attacker, and it was possible the real perpetrator was still on the run.

The influx of more than one million migrants into Germany this year and last, mainly Muslims fleeing countries such as Syria, Iraq and Afghanistan, has hardened public views on immigration and weakened support for Chancellor Angela Merkel.

It has also fuelled xenophobia. Authorities in Berlin say they recorded 59 attacks on refugee shelters in the city last year and 48 so far this year.

"We have nothing to do with this crime," said Ammar Wazzaz, a 45-year-old refugee from the Syrian city of Idlib. "I hope that what this person did won't tarnish the reputation of refugees like us who are very grateful to Germany."

Yaser, a 32-year-old refugee from Syria, said he became dejected when he read about the attack on Facebook.

"We fled this kind of terrorism and it is following us here," he said, adjusting a black beanie on his head.