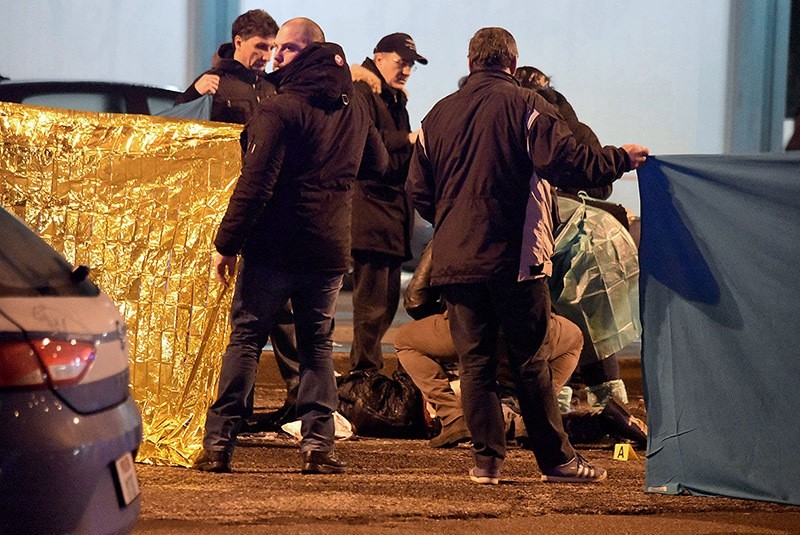 Italian police and forensics experts gather around the body of suspected Berlin truck attacker Anis Amri after he was shot dead in Milan on Dec. 23, 2016. (AFP Photo)
by Associated Press Dec 23, 2016 12:00 am

French authorities are refusing to comment on how the Berlin attack suspect apparently crossed into France and left again in the face of an international manhunt.

Milan police chief Antonio de Iesu said earlier that Anis Amri had "surely passed through France" — a country that has been living in a state of emergency for more than a year after deadly Islamic extremist attacks.

France upped security on the road borders with Germany border after Monday's Christmas market attack in Berlin, and introduced extra security forces on trains last year after American passengers thwarted an attack on an Amsterdam-Paris route.

The Interior Ministry, prime minister's office and president's office would not comment on the Milan police announcement that Amri was found in Italy with a train ticket from Chambery, France the day before.