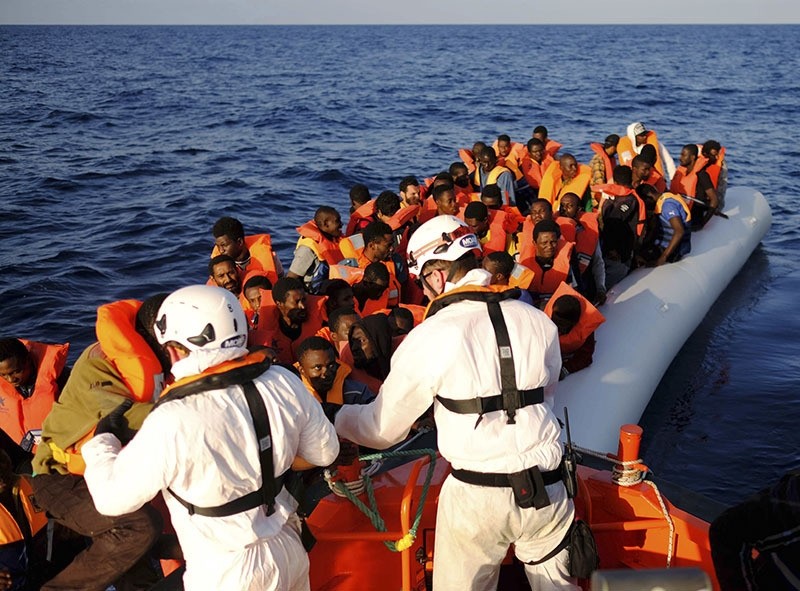 UN agencies says at least 90 people are missing and feared dead after two shipwrecks off Italy, raising the estimated death toll among migrants on the Mediterranean this year to at least 5,000 — a new record.

Spokesman Joel Millman of the International Organization for Migration said Friday that 63 survivors from the capsizing of a rubber dinghy said there were originally between 120 and 140 people on board.

An estimated 80 people survived another sinking of a rubber dinghy that came to light Thursday, and another 40 people were feared dead. He did not immediately have further details.

In October, UNHCR declared 2016 the deadliest year ever for migrants trying to reach Europe on the Mediterranean route, when the fatality mark hit 3,800.

Deaths have surged this year because migrant smugglers are increasingly using poor quality vessels while also trying to pack more people on boats, possibly to raise profits, UNHCR has said.

"An average of 14 people have died every day in the Mediterranean Sea during 2016," UNHCR said in a statement.

The higher death rate has come despite a drop in the number of migrants crossing the sea this year compared to 2015.

Last year, more than a million people reached Europe via the Mediterranean, but crossings this year were below 360,000, the International Organisation for Migration said Friday.

Numbers began dropping dramatically following a March deal between Turkey and the European Union to stem the migrant tide towards the Greek islands.