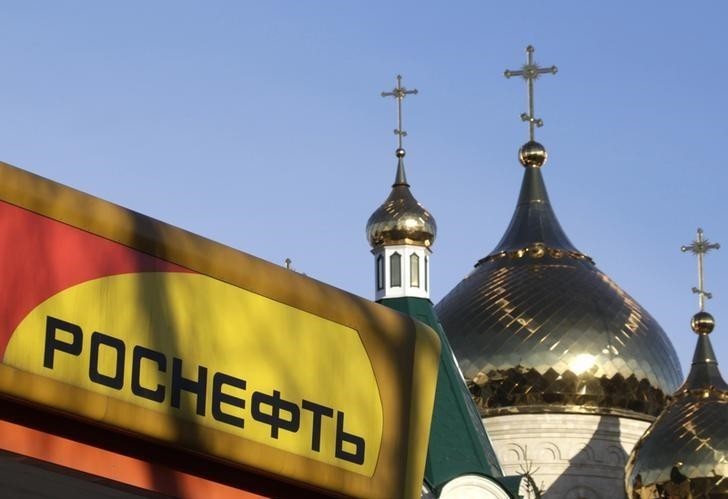 The logo of Russia's top crude producer Rosneft is seen on a gasoline station near a church in Stavropol, southern Russia, December 9, 2014. (Reuters Photo)
by daily sabah Dec 26, 2016 12:00 am

A former Federal Security Service (FSB) general and the head of one of Russian oil giant Rosneft's offices, Oleg Erovinkin has passed away due to a heart attack, Russian state-run RIA Novosti news agency reported on Monday.

Earlier in the day, local media had reported that the body of 61-year-old Erovinkin was found in a car in central Moscow.

A source also told the Russian broadcaster that Erovinkin's body was "found in a black Lexus in Kitaygorodskiy (an avenue in central Moscow) today. According to the initial investigation, he suffered a sudden heart attack."

A large-scale investigation has been commenced in the area. Erovinkin's body was sent to the FSB morgue.

Between 1974 and 1976, Erovinkin served in the Armed Forces of the Soviet Union.

From 1976 to 1994, he worked in the state's security bodies. Between 1994 and 1996, he served as the Deputy Head of Control over the protection of state secrets of the Personnel Administration of the President of the Russian Federation.

In 1997-1998, he served as the head of the private office of the Presidential Administration of the Russian Federation.

Between the years of 2004 and 2008, he worked as the Deputy Head of the Information and Document Support of the Russian president.

On May 22, 2008 Erovinkin was appointed as the Head of the Secretariat of Deputy Prime Minister Igor Sechin, serving until May 2012.

Erovinkin's death came at a turbulent time when NATO-Russia relations have become strained.

Russia's Ambassador to Turkey Andrey Karlov was assassinated in Ankara on Dec. 19. Another Russian diplomat, Petr Polshikov, was also found dead in his apartment in Moscow the same day. Yves Chandelon, the chief auditor of NATO relating to terrorism financing and money laundering, was also found dead in his car on Dec. 16 in an incident that has also raised suspicions.