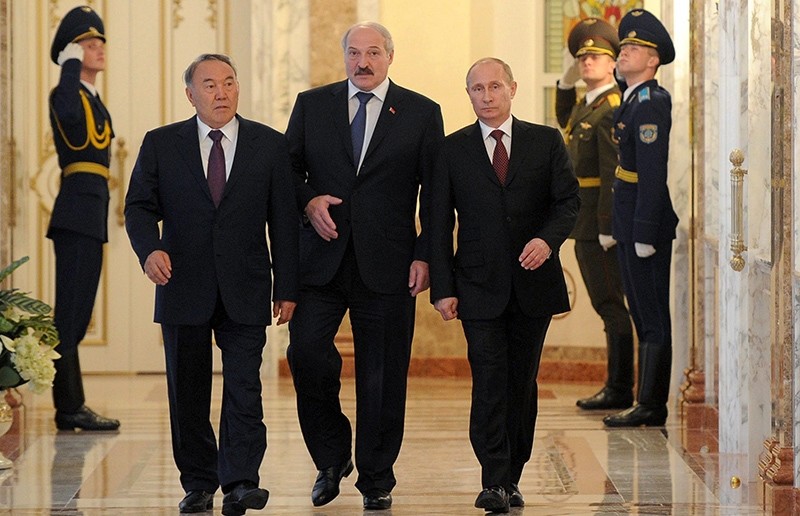 Russian President Vladimir Putin will meet the presidents of several former Soviet republics in St Petersburg Monday at a meeting being held on the 25th anniversary of the collapse of the Soviet Union.

In addition to Russia, EAEU countries Belarus, Armenia, Kazakhstan and Kyrgyzstan will take part in the meeting.

Kremlin spokesman Dmitry Peskov said during a television interview on Wednesday that Putin believed the collapse and disintegration of the Soviet Union in 1991 was a disaster.

Although the disintegration could not be reversed "new integration in the space of the former Soviet Union" was needed, Peskov added.
Last Update: February 02, 2020 04:34