Britan’s envoy to EU resigns ahead of formal Brexit talks 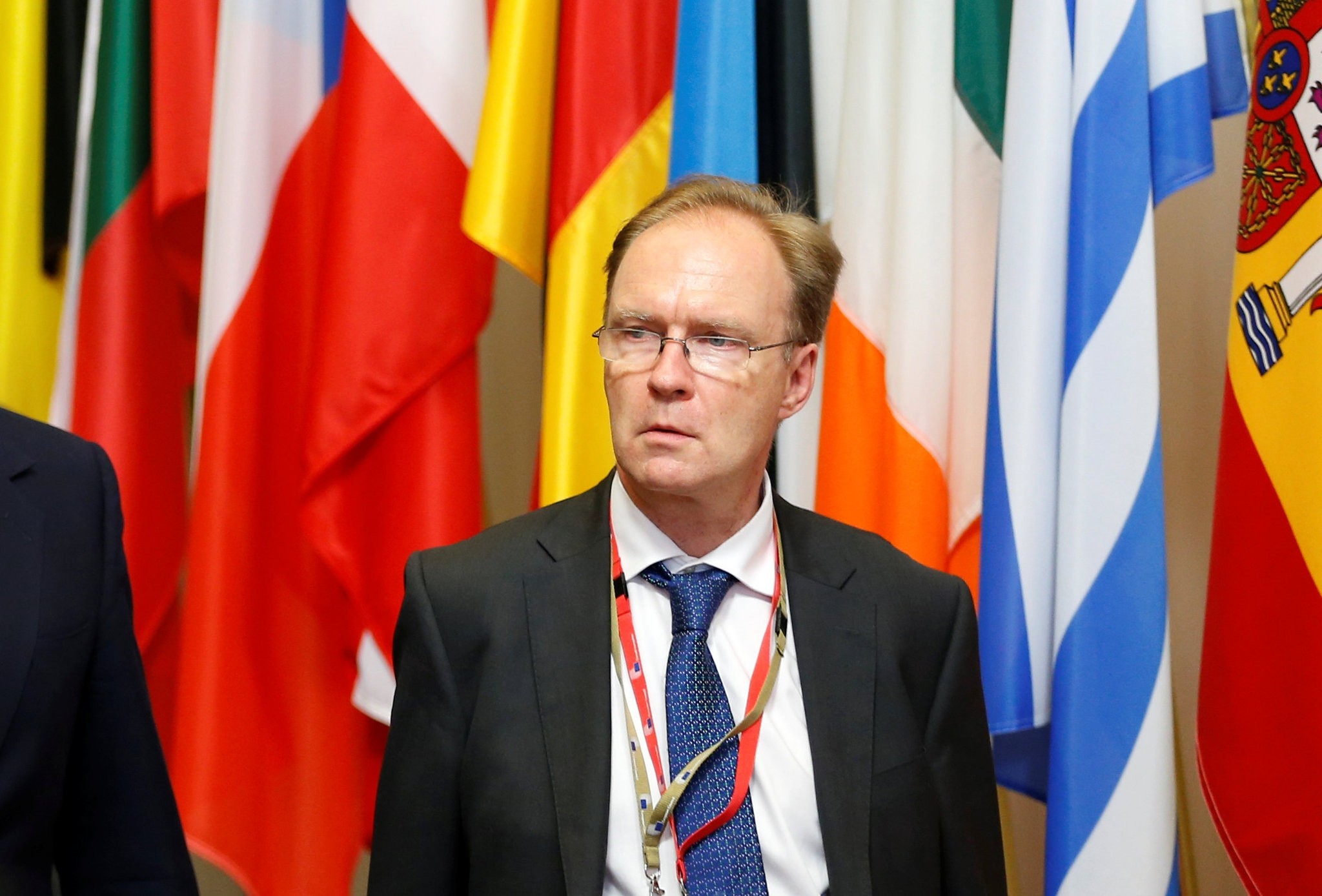 Ivan Rogers, Britain's permanent representative to the EU, told staff on Tuesday afternoon that he would be stepping down from his post early, said the Financial Times, which was first to report the resignation on Tuesday.

Rogers did not explain the reasons for resigning, according to people who have seen his note to diplomatic staff, the FT said. Two sources who asked for anonymity later confirmed the FT report that Rogers had resigned.

"This weakens May's ability to get a good EU deal," said Charles Grant, Director of the Centre for European Reform think tank. "Ivan Rogers was one of the very few people at the top of the British government who understand the EU."

The resignation is the second by a senior British EU official in the wake of the referendum. Jonathan Hill quit as Britain's European commissioner in June.

May has said she will trigger formal Brexit talks - likely to be among the most complicated negotiations in post-World War Two European history - by the end of March.

Britons' vote to leave the bloc has opened a huge number of questions including whether exporters will keep tariff-free access to the single European market and British-based banks will still be able to serve continental clients, not to mention immigration and the future rights of the many EU citizens already living in the United Kingdom.

Allies, company bosses and investors are trying to work out what Brexit might mean for the European Union, Britain and for London, the only global financial centre to rival New York.

Rogers, appointed by former Prime Minister David Cameron as Britain's envoy to Brussels in November 2013, is one of Britain's most experienced diplomats on EU affairs. He formerly worked in Downing Street, the British Treasury, the European Commission and at Citigroup and Barclays Capital.

But after Cameron lost the June 23 Brexit vote, Rogers drew criticism for lacking ambition in Cameron's 2015 attempt to redefine Britain's relationship with the bloc.

The failure of Cameron's so called EU "renegotiation" was cast by some supporters as one of the reasons that Cameron lost the June vote.

Rogers warned May's ministers that the European consensus was that a trade deal with the EU might not be done until the early to mid-2020s and that national parliaments could ultimately reject it, the BBC reported last month.

Hilary Benn, chairman of parliament's Brexit committee, said a change in such a significant position was "not a good thing".

"This is a time for continuity and experience because this going to be a very complex, a very challenging, a very difficult negotiation," Benn told BBC radio.

"It's an absolutely vital job both conveying the British government's view to the other 27 members states but also honestly reporting back what he was picking up about the attitude of the other 27 towards the forthcoming negotiations."