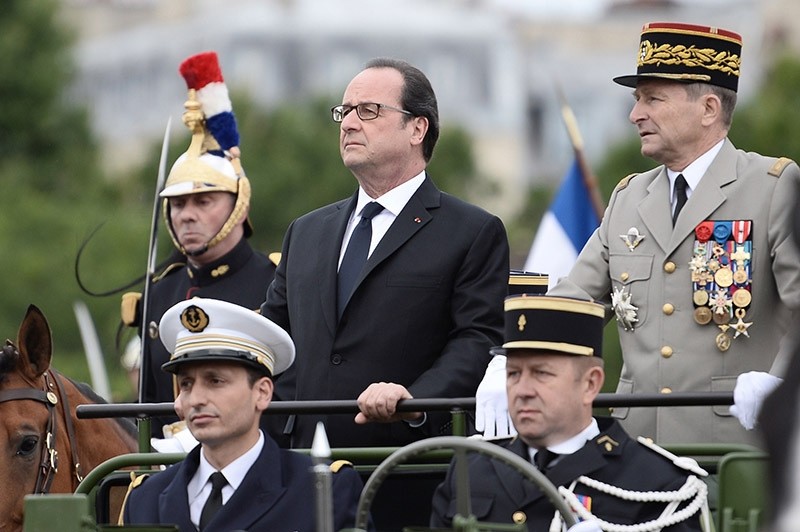 According to Nouzille, France prepares lists of people who need to be executed for national security and interests, which are later submitted for the approval of President François Hollande, French daily Le Monde reported Wednesday.

In his book titled ''Erreurs fatales'' (fatal errors), the author explains how nominative lists of terrorists to be eliminated are dressed, submitted to the approval of President Hollande before executions take place.

The process surpasses all established judicial and legal processes.

Nouzille is a journalist and writer specialized in the gray areas of secret services, and the operations carried out by the French intelligence services since the 1980's.

He also argues that Hollande is more inclined to such preventive or retaliatory moves compared to his predecessors at the expense of getting away from the framework of legality.

Hollande had reportedly said during a meeting with French journalists, Gérard Davet and Fabrice Lhomme, that security institutions prepare lists of people thought to be responsible for hostage takings or actions threatening French interests, before asking him for his approval to deal with them.