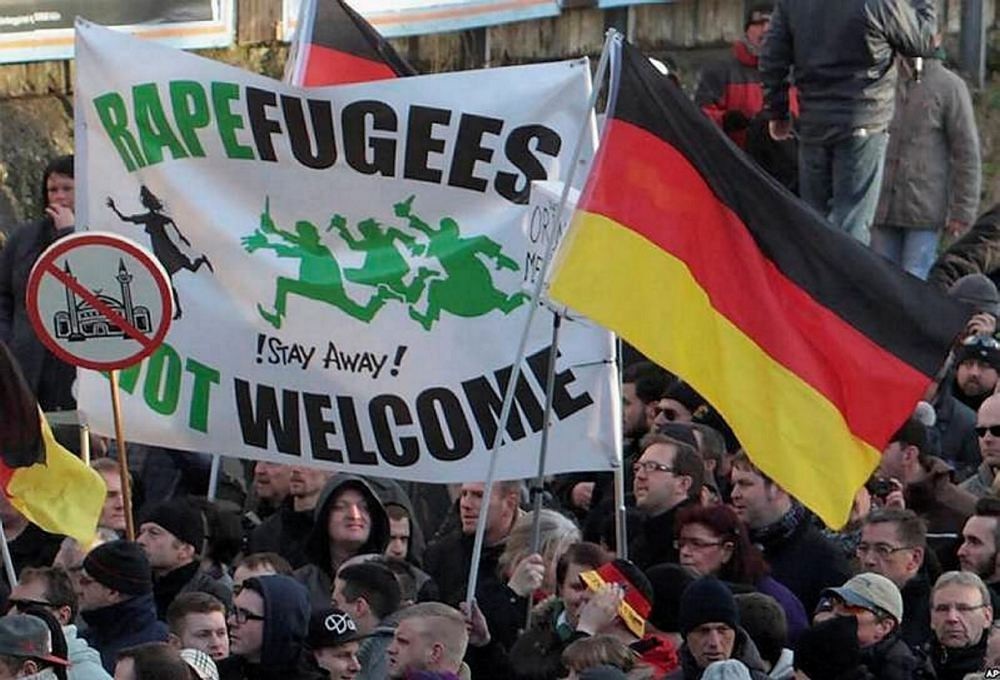 Supporters of far-right groups protesting against refugees and Islam in Germany.
by Compiled from Wire Services Jan 04, 2017 12:00 am

Germany's interior minister is proposing a security shake-up that could include creating "federal departure centers" to ease the deportation of rejected asylum-seekers and centralizing the country's domestic intelligence agency.

The government has promised to examine whether laws need to be changed following the Dec. 19 attack that killed 12 people, in which a failed Tunisian asylum-seeker is the prime suspect. The Daesh terrorist organization has claimed responsibility for the attack.

The proposals from de Maiziere, a member of Chancellor Angela Merkel's conservative party, center on giving federal authorities greater power on domestic security issues — responsibility for which is spread between the federal government and 16 state governments.

Deportations are currently the responsibility of state authorities. De Maiziere called for better cooperation on the matter, suggesting the creation of federally run "departure centers" close to airports that could handle deportees in their "final days or weeks" in Germany.

Each state currently has its own branch of the domestic intelligence agency, in addition to its federal office. De Maiziere called for a discussion of putting it entirely under federal control, and also urged greater powers for the federal police to conduct traffic controls away from border areas.

At European Union level, de Maiziere advocated a "real mass influx mechanism" to enable quicker handling of large numbers of migrants. He argued that countries should be considered safe if there's a "safe place" there with "humane and safe reception conditions," for example at facilities that the EU could be partly responsible for.

It remains to be seen how much traction de Maiziere's ideas will gain. A national election is expected in September and the conservatives' main rivals, the center-left Social Democrats, are part of the current governing coalition.

After the terrorist attack on a Berlin Christmas market, German Chancellor Angela Merkel has been facing growing pressure from right-wing parties over her immigration policies ahead of the election 2017.

Merkel's defense of the EU, and the welcoming hand she extended to Syrian war refugees, were once seen as assets, signs of her moral authority. Today, with anti-immigrant, anti-establishment sentiment rising across Europe, they are threatening to become liabilities.

While EU countries debated over how to manage an influx of migrants last year, eastern nations rebuilt border fences and exposed EU weaknesses.

The German far-right has insisted on closing the country's borders. Merkel's conservatives are suggesting "transit zones" to hold migrants at the borders while their identities are confirmed, and making it easier to hold people in pre-deportation detention
RELATED TOPICS