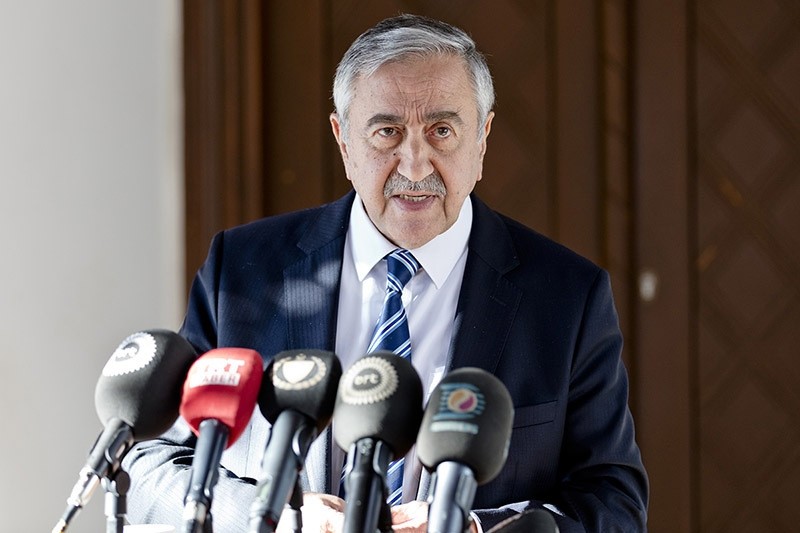 Turkish Cypriot President said Wednesday that a historic opportunity "should not be lost" on the Cyprus reunification talks in Geneva next week.

Mustafa Akıncı talked to reporters after meeting with the Greek Cypriot leader Nicos Anastasiades at the UN Protected Area (UNPA) in the buffer zone under the auspices of the UN Secretary General's Special adviser on Cyprus Espen Barth Eide.

Akıncı said that they will go to Geneva, Switzerland in a positive mood and in a constructive atmosphere; however he urged that the year 2017 without a solution could be a distressing year.

"Over 50 years, a further 10-15 years would deepen the separation and end the solution efforts," he added.

The meeting on Wednesday lasted nearly four hours in the neutral zone of the disputed island.

The Geneva talks will take place between Jan. 9 and 12.

"All the issues may not end until January 12, but we will achieve great success if the result is satisfactory for both sides on issues such as property, the rotating presidency, the Turkish Cypriots' influence in decisions, territory and security," Akıncı stated.

Turkish Cypriot President also said the reunification referendum could be held in mid-2017 if they reach an agreement in Geneva.

Akıncı and Anastasiades met in Mont Pelerin for a first round in November.

They returned to tackle territorial adjustments needed for an anticipated two-state federation. However, the two leaders declined to shake hands for photographers at the start of their latest talks.

If a deal could be reached on territorial changes, negotiators are expected to announce a date for a final summit between the Turkish and Greek Cypriot leaders and three other states involved in the process as guarantor countries: Turkey, Greece, and the U.K.

That meeting would focus on security; particularly the presence of 30,000 Turkish troops that remain on the island after a 1974 military coup was followed by Turkey's intervention as a guarantor power.

Reunification discussions resumed in May 2015, and both sides have repeatedly expressed optimism that a solution would be found by the end of last year.