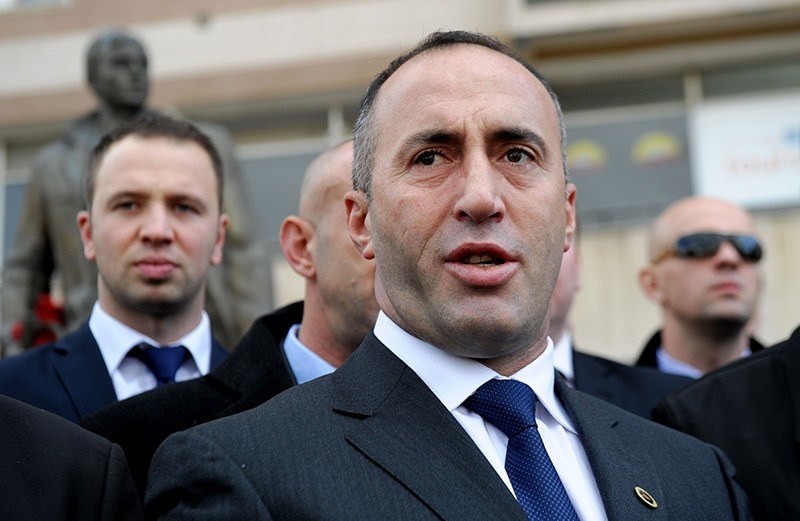 Ramush Haradinaj, who is also a former guerrilla fighter, was stopped as he flew in to France from Kosovo's capital, Pristina, on Wednesday.

Kosovo's government said in a statement it is trying to resolve the matter. It said it considered Serbia's charges as "illegal, unfair and tendentious."

"We, members of the Kosovo Liberation Army, are proud to have fought against discriminating and criminal laws of Slobodan Milosevic's regime," he said on Facebook.

Haradinaj was cleared of war crimes charges in two lengthy trials by a U.N. war crimes tribunal. But Serbia accuses him of committing war crimes including kidnappings, torture and killings against Serb civilians when he was a senior rebel commander in western Kosovo during the 1998-99 war.

Kosovo seceded from Serbia in 2008, although Belgrade has not recognized that.

Haradinaj's party is now in opposition.