At least 23 people die in cold snap across Europe 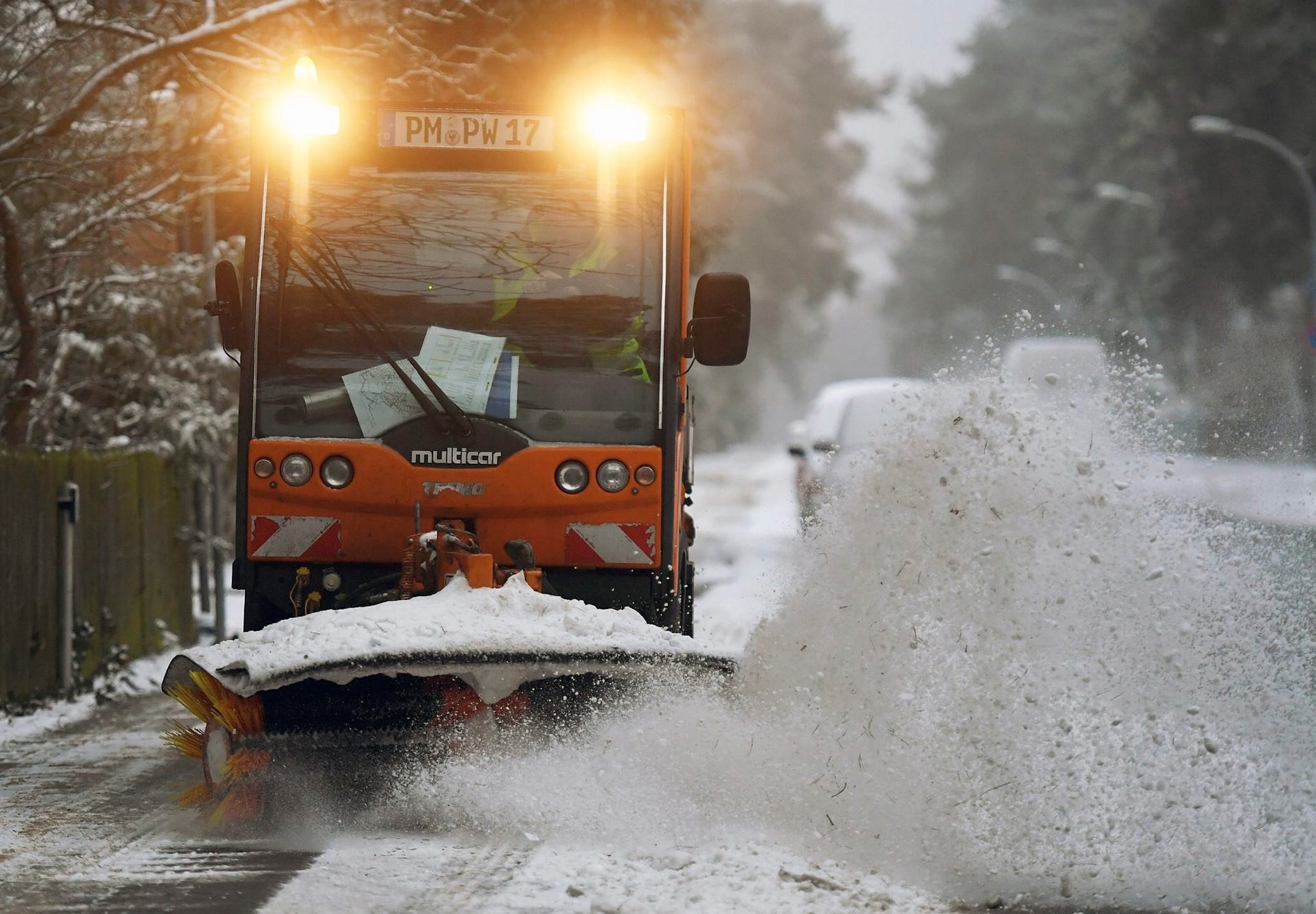 A street is cleared from snow in Kleinmachnow, eastern Germany, Sunday Jan. 8.
by Compiled from Wire Services
Jan 09, 2017 12:00 am
A cold wave across Europe has left at least 23 dead in the past three days, including several migrants and homeless people, authorities said, with the frigid temperatures expected to continue through the weekend. Russia meanwhile celebrated the coldest Orthodox Christmas in 120 years, and Istanbul was covered with a blanket of snow.

Ten of the latest victims of the cold perished in Poland where temperatures were as low as minus 14 degrees Celsius on Saturday.

"Seven people died on Friday in what was the deadliest day this winter," said spokeswoman Bozena Wysocka from the Polish government center for security (RCB). "We recorded three other victims the previous day," she said. "This takes to 53 the number of hypothermia victims since November 1."

In Italy in the past 48 hours the cold has been blamed for seven deaths, including five homeless people, two of them Polish nationals, authorities said.

There was heavy snowfall in central Italy and also in the southeast where the airports at Bari and Brindisi as well as in Sicily were closed Saturday morning.

Temperatures in Moscow fell to minus 30 degrees overnight and to minus 24 in Saint Petersburg where police found the body of a man who had died of hypothermia.

And in Bulgaria on Friday the frozen bodies of two Iraqi migrants were discovered by villagers in a mountain forest in the southeast of the country near the border with Turkey. Authorities expect the toll to rise as weather conditions are set to remain unchanged this weekend.

In Romania, authorities said 90 people were rescued from stranded cars and that crews were working to save people stuck in some 30 cars on a major highway. More than 40 trains were not running due to snow on the tracks.

Greece has seen fierce cold weather over the past week. In the north near the Turkish frontier a 20-year-old Afghan migrant died of the cold on Tuesday. With more than 60,000 mainly Syrian refugees on its territory, Greece has moved many migrants to prefabricated houses and heated tents.