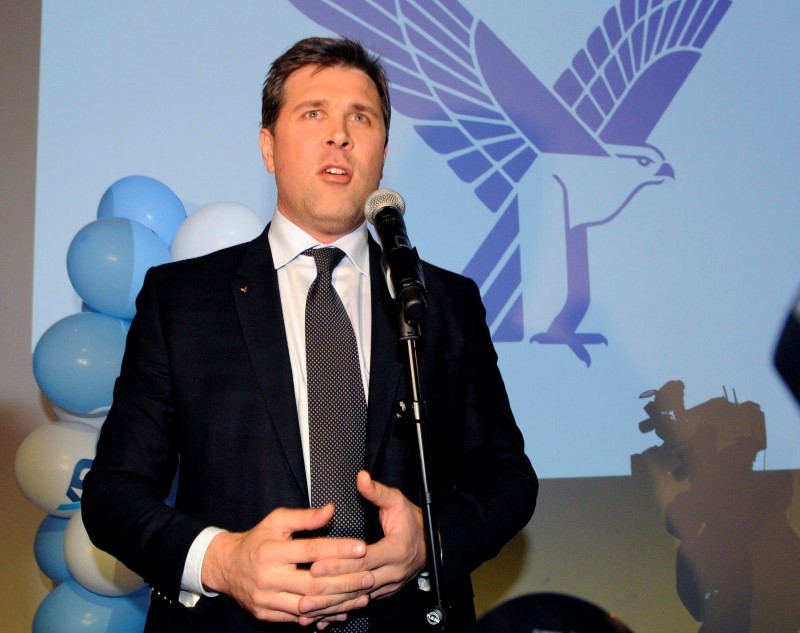 Chairman of Iceland's Independence Party Bjarni Benediktsson speaks to party members as they wait for results during general elections in Reykjavik. (Reuters Photo)
by Compiled from Wire Services Jan 10, 2017 12:00 am

Iceland's center-right Independence, Reform and Bright Future parties have agreed to form a coalition government and will give parliament a vote on whether to hold a referendum on joining the European Union.

Together, the coalition will hold 32 of the 63 seats in parliament. The Independence Party will have 21 seats, making it the largest party in the coalition. However, it opposes EU membership while the other two parties both favor it.

Bjarni Benediktsson, leader of the Independence Party, was tipped to be prime minister and welcomed that the boards of all three parties late Monday endorsed a government platform.

"I am very happy with the agreement," he said.

The agreement ends a political impasse since a general election in October.

In November, the three parties abandoned an attempt to form a coalition. The Left Greens and the Pirate Party also made unsuccessful attempts to form a government before the mandate was returned to the Independence Party.

Iceland applied to join the EU in 2009, a year after a banking crash left the country on the verge of bankruptcy. The crash led many to argue it should have closer ties with Europe and even join the single currency to shield it from future crises.