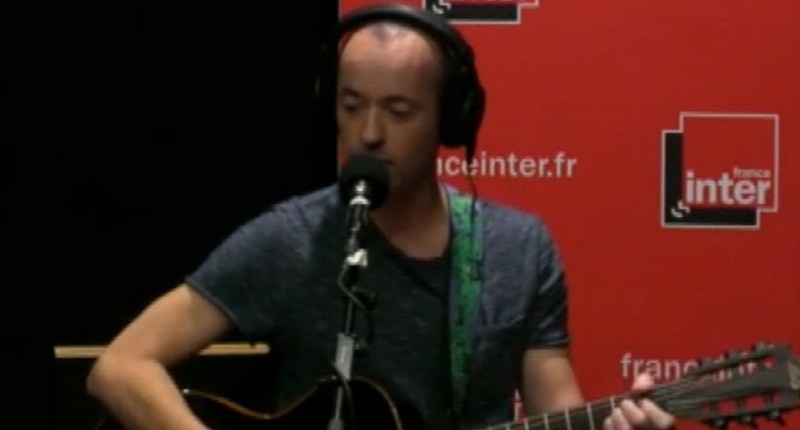 French singer Frédéric Fromet has caused outrage after his song was considered to be scoffing at the Istanbul terror attack, which hit Reina nightclub during New Year's celebrations, surfaced Tuesday.

Known for his satirical songs broadcasted on the French public France Inter radio, Fromet's last song compared the Istanbul mass shooting literally to the terrorist attacks which hit French city of Nice and the German capital of Berlin, with lyrics considered to be mocking the Istanbul attack and describing it as funny.

Istanbul's Reina nightclub, overlooking the Bosphorus, was attacked by a terrorist during New Year's celebrations on Jan. 1 at about 01:15 a.m. local time. The mass shooting left 39 people dead.

Fromet's song lyrics compared the Istanbul nightclub terror attack to the 2016 Nice attack in southern France, where 86 people were killed as a terrorist ploughed a cargo truck into the crowd on July 14, and to the 2016 Berlin attack occurring on Dec. 19 in the German capital, where another truck was deliberately driven into the Christmas market, leaving 12 victims dead.

Fromet refers to the Istanbul attack as funky throughout the song, implying victims only matter if they are from France or Europe, adding that other victims do not matter.

Social media users condemned the lyrics as insulting and hateful, far from being funny or ironical. Turks in France also protested the song by sending multiple messages to the social network accounts of the French public radio.

''It is really sad that the other people who were in the studio felt the obligation to laugh at such lyrics,'' social media user Josephine Dedet said in her comment.

'Difference in perception of what humour is'

''I am really sorry that the song was interpreted as irrespectful toward the victims of the attack, their family member, and the Turkish nation,'' said Bloch's statetement.

Bloch highlighted the difference in sense of humour in France and Turkey, and said that France Inter radio's broadcasting policy consists of conserving and marketing the most shocking arguments.

Referring to it as ''black humour,'' Bloch said France Inter radio had pursued a similar broadcasting policy even when France was hit by terrorist attacks.

During a phone call with Daily Sabah, Bloch reiterated her message of solidarity over the terrorist attack which hit Reina nightclub on Jan. 1 . She also thanked Daily Sabah for giving her the opportunity to communicate her message, and stated that France Inter has no particular policy regarding Turkey or the Turkish nation, and that the misunderstanding was due to a difference in culture between France and Turkey.