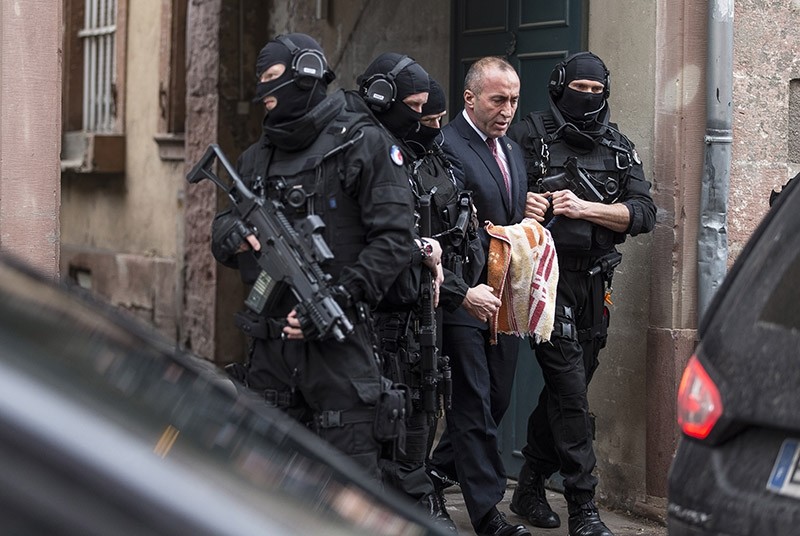 A French court on Thursday ordered the release on bail of former prime minister of Kosovo and ex-rebel leader Ramush Haradinaj, who was arrested in early January on suspicion of war crimes.

Haradinaj, who was ordered to remain in France, had lodged an appeal at a court in the eastern town of Colmar after his arrest on January 4 at a nearby airport by police acting on an international warrant.

Serbia wants to try the former leader of the insurgent Kosovo Liberation Army (KLA) for alleged atrocities committed against civilians during the 1998-99 conflict in former Yugoslavia.

The arrest in France increased tensions between Kosovo and Serbia at a time when they have been making slow progress towards normalising their ties under pressure from the European Union.

"These accusations from Serbia are purely political," Haradinaj told the court in French, dressed in a suit and tie. "What you are doing here is an abuse of the law."

Known as "Rambo" for his stocky build and military prowess, Haradinaj is a hero at home for his efforts to win independence for Kosovo from late Serbian strongman Slobodan Milosevic.

"Haradinaj is Kosovo" read placards held by hundreds of war veterans who rallied against his arrest outside the French embassy in Pristina last week.

His lawyer Rachel Lindon said that his release on bail was the first stage of a fresh legal battle, which has already seen him tried and acquitted twice before for war crimes.

The 48-year-old intends to try to overturn the arrest warrant issued by international police body Interpol at the request of Serbia and fight his extradition to Belgrade.

He must surrender his passport as part of the bail deal and will have to attend future court hearings which will examine the extradition request, the French court ruled.

Haradinaj became prime minister of Kosovo in 2004 but stepped down after just over three months to face 37 charges of war crimes at the International Criminal Tribunal for the former Yugoslavia (ICTY).

Kosovo's Prime Minister Isa Mustafa has said arrest warrants such as Haradinaj's were "completely illegal and unjust" with the consequence of "provoking tensions and conflicts."

Serbian Foreign Minister Ivica Dacic replied that "Serbia will not give up on prosecuting Haradinaj or anybody else who has committed crimes against Serbs."

"The Serb people like all others deserve justice," he said.