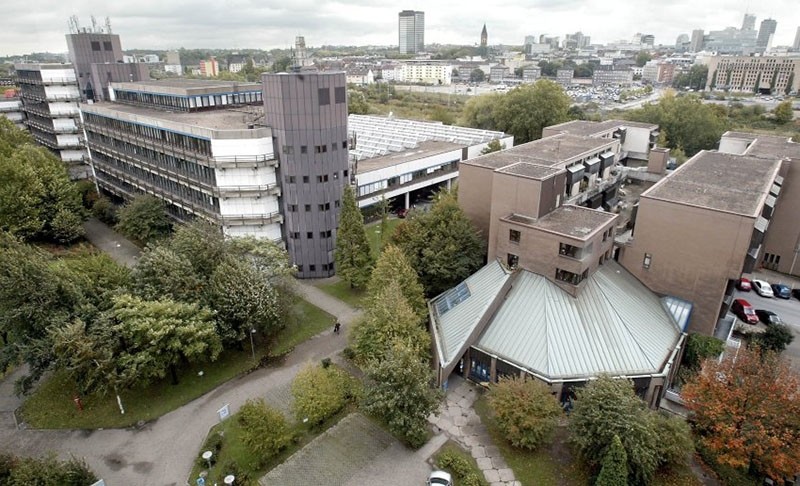 Supporters of the PKK, which is officially classified as a terrorist organization by Germany and the EU, has again made propaganda at a German university on Thursday without fear of restrictions or penalty. It is the second incident where the terrorist group has been allowed to conduct such activities in German institutions in recent days.

The venue this time was the University of Duisburg-Essen, where a banner with the title "DITIB – Puppets of Erdoğan?", showing a mosque motive and President Recep Tayyip Erdoğan's face in the background, went viral on social networks.

The Turkish-Islamic Union for Religious Affairs (DITIB) is one of the largest Islamic organizations in Germany, which funds 900 mosques as of 2016.

Why the university administration allowed such an event, even indirectly supporting these groups through allowing the advertising, remains unclear.

Upon the enquiry of Daily Sabah, a university official said that they themselves "were not sure how the followers of a terrorist organization could organize such events at the university".

"The lecture is held by the students, it has nothing to do with the university", was repeated several times.

When confronted with the fact that the PKK is a terrorist organization on a par with Daesh or Al-Qaeda, the university neither refused nor approved but instead declined any further statements.

Only last week a series of similar PKK propaganda events were organized at the Technical University of Berlin, which included a film screening of "My whole life was a fight" and a speech entitled "Kurdistan on the move", all playing down the role of the PKK terrorist organization.

Daily Sabah contacted the responsible persons at the German university to learn about the background and motivation of these events. But the phone calls were repeatedly postponed or stalled.

The PKK has continued to spread throughout European countries since 1999. In 2002, the European Commission officially classified the PKK as a terrorist organization.

However the PKK still enjoys great freedom under the protection of the EU. The Turkish government has repeatedly warned the EU of the PKK's threat, but the EU continues to allow their activities. Thousands have lost their lives in PKK attacks.

The PKK is still being politically and financially supported by the Union.

Between 2006 and 2016, Turkey demanded the extradition of a total of 136 PKK terrorists from Germany. The German government agreed to hand over only three of them to the Turkish authorities, the Ministry of Justice announced.