UK to look for other partners if barred from EU market 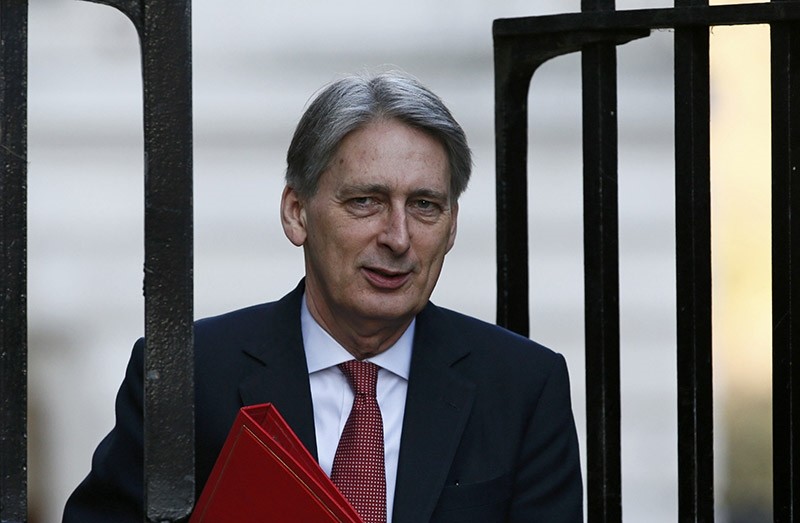 Britain's leaders on Sunday signaled their resolve to play hardball in talks with the European Union, suggesting they will look for partners elsewhere if the bloc restricts access to its huge market.

Under pressure to reveal her Brexit blueprint, British Prime Minister Theresa May's office said she will call for a "truly global Britain" that is more open to the world when she sets out plans for negotiations with the EU in a speech later this week.

Treasury chief Philip Hammond told the German newspaper Welt am Sonntag that Britain is prepared to "do whatever we have to do," including turning away from Europe to other markets, to protect its economy.

"If Great Britain left the European Union without an agreement on market access, then we could at least in the short term suffer economic damage," Hammond was quoted as saying. "In this case, we could be forced to change our economic model."

Hammond also suggested that Britain could cut taxes to encourage companies to move to the U.K.

His intervention came as newspapers said May was planning a clean divorce from the European Union when she sets out her Brexit strategy in a major speech on Tuesday.

May aims to launch two years of EU departure negotiations when she triggers the Article 50 exit process by the end of March, although a legal challenge is still pending before the country's Supreme Court.

Matching reports in several weekly newspapers said May was prepared to accept a so-called "hard Brexit": pulling out of the single market, the European customs union and the European Court of Justice, in order to regain control of EU immigration.

While Britain wants to curtail immigration from Europe, the EU says the U.K. must abide by rules guaranteeing the free movement of people if it wants to retain tariff-free access to the bloc's market of more than 500 million people.

Writing in the Sunday Times, David Davis, the British secretary of state for exiting the EU, underscored the government's position by saying Britain would "respect the views of the British people" and demand control over immigration.

"We will bring back control over our laws and make our own decisions on immigration, we will aim to maintain cooperation on security as it is now, if not enhance it, and we will seek the most open possible market with the EU while furthering trade links with the rest of the world," he wrote.

In testimony to lawmakers last week, Bank of England Governor Mark Carney said that Brexit poses a greater threat to financial stability in Europe than in the UK.

Any disruption in Britain's sprawling financial services sector could restrict the flow of capital to European businesses that rely on U.K.-based institutions for big-money transactions.

"I am not saying there are not financial stability risks in the UK. And there are economic risks to the UK. But there are greater short-term risks on the continent in the transition than there are in the UK," Carney said.