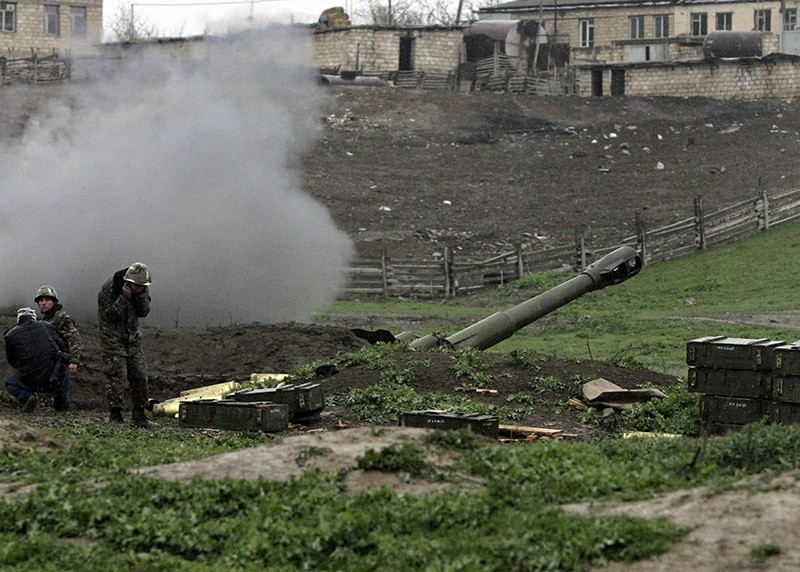 Azerbaijani defense ministry announced on Monday that one soldier has been killed in border skirmishes with Armenian forces.

Local media outlets reported that serviceman Fikrat Bashirov was killed on the line of contact between Azerbaijani and Armenian forces, after Armenian troops shelled Azerbaijani positions.

The deceased soldier will be posthumously decorated with the medal for distinction in military service, as the country's defense ministry expressed condolences to the family of the killed soldier.

The defense ministry of Azerbaijan also said that Armenian forces have started to use heavier weapons in border clashes, including 120 millimetres mortars, and warned that Armenia bears full responsibility for the escalation.

During the dissolution of the Soviet Union, Armenian forces, aided by the weapons vacuum, former Soviet forces fighting as mercenaries on their side and support from locals, captured the former autonomous oblast of Karabakh along with large surrounding areas to its east and south.

When the fighting reached a stalemate in 1994, around one-fifth of Azerbaijan's territory was invaded by Armenian and Karabakh troops and has remained under their control ever since.

Karabakh, despite being militarily occupied by Armenians, remains internationally-recognized as a part of Azerbaijan.

In spite of signing a ceasefire in 1994, Azerbaijan and Armenian have not yet reached a peace agreement and are technically still in a situation of war.