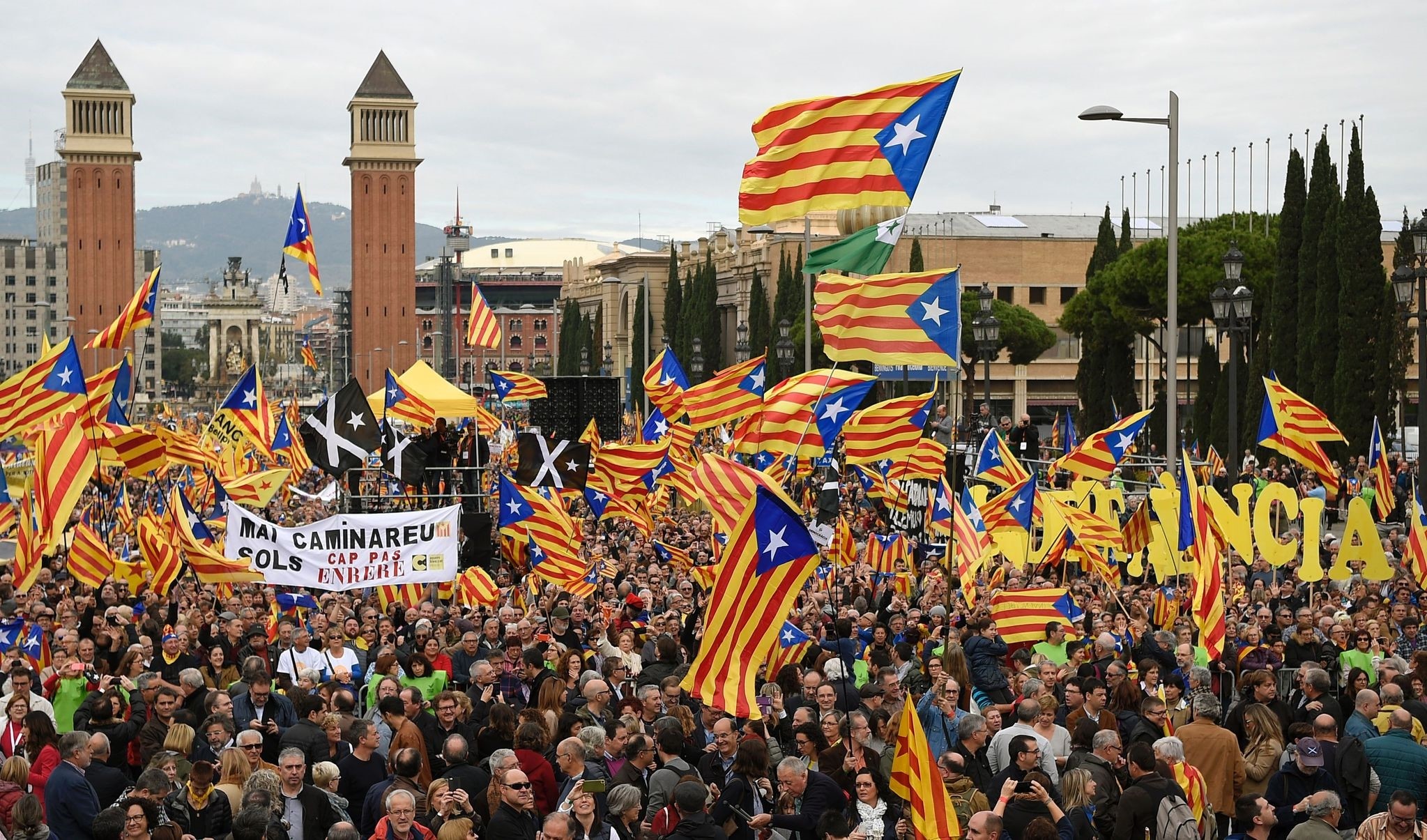 Spain's central government has angrily protested against Catalan President Carles Puigdemont's planned vote in September, claiming it would be illegal.

But nonetheless, the battle is on for minds rather than hearts, with the region's main independence association, the Catalan National Assembly (ANC), going after those hardest to convince.

Separatists in Catalonia have for years tried, in vain, to win approval from Spain's central government for an independence vote like Scotland's 2014 referendum.

Regional elections in September 2015 saw separatists in Catalonia earn 48 percent of the vote, but in the former industrial heartland of Sant Feliu de Llobregat, a Barcelona suburb, that figure was only 32 percent.

And that's where separatists have started their campaign.

"We're convinced that we'll get this majority thanks to information and reflection, not through feelings," ANC president Jordi Sanchez told AFP.

The aim is to convince people that Catalans will become richer, have better social services, improved infrastructure and less corruption if they split from Spain.

But 77-year-old pensioner Josep Antoni Ruiz is not convinced.

"No-one is guaranteeing us that things will improve," he said.

According to polls, both separatists and unionists count between 40 and 45 percent of support in Catalonia, with the remaining 10-15 percent undecided.

Central government in Madrid insists, as does Spain's constitutional court, that any referendum would have to be Spain-wide rather than confined to Catalonia.

Even so, Rajoy's party is also working to seduce the Catalan electorate.

"We want to sit down and discuss to reach agreements that can resolve this situation," the government's Catalan prefect Enric Millo told AFP.

"Independence won't solve unemployment, no more than it will guarantee public services or pensions. Many people believe in this (separatist) discourse but it's not coherent."

The solution lies perhaps somewhere in the middle, according to Joan Botella, political science dean at the Autonomous University of Barcelona.

"In this group there are two parties: in one, the traditional and convinced supporters, and in the other, tactical supporters, recently converted, who hope and demand by calling for independence that they will achieve more modest objectives.

"This second group will be more susceptible to propositions coming from Madrid if they represent genuine change."

According to a November poll conducted by the university, 45 percent of Catalans simply want greater autonomy.

Only 37 percent said they wanted independence with 12 percent calling for an end to such a movement.

Pro-independence campaigners in Scotland, having failed to convince voters in 2014, are pushing for another referendum on the issue, after 62 percent of Scots favoured remaining part of the EU last June -- compared to 52 percent of Britons overall who backed splitting from the bloc.