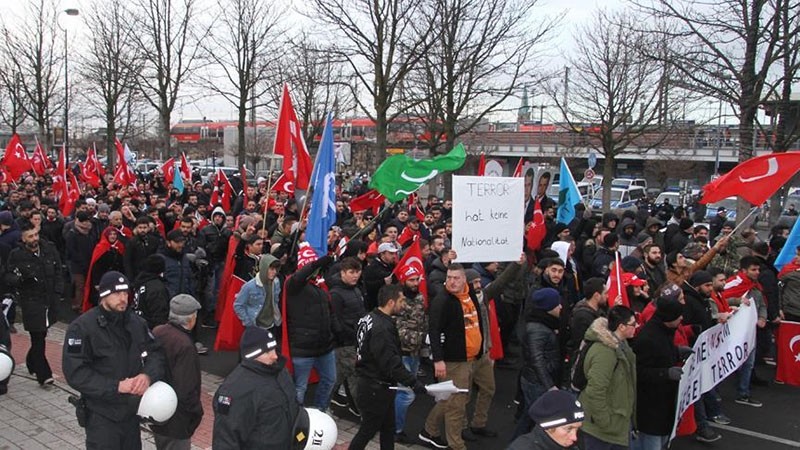 Several Turkish associations marched in the city of Dortmund in Germany on Sunday to protest terrorism and show solidarity with the victims of the recent terror attacks in Turkey.

More than a thousand people gathered in front of the Dortmund train station for the "Unity against Terrorism" march, holding the Turkish national flag and chanting slogans condemning terrorism.

The protestors criticized European countries, particularly Germany, for their ambivalent attitude against Turkey and even for funding terrorist organizations.

Mustafa Esmer, press agent of the organizing association, said that the youth living in Germany did not sufficiently use their democratic rights.

"A handful of terrorist group sympathizers can freely demonstrate here, while the Germans sit back and watch. We won't keep quiet about this anymore. We organized this march to say 'we're also here'", Esmer stated.

He also added that their protests would continue and that Turkish associations were condemning all kinds of terrorism, no matter who the source was.

The protestors also criticized the German police for taking away their megaphones and making difficulties, despite all necessary permits being obtained beforehand.