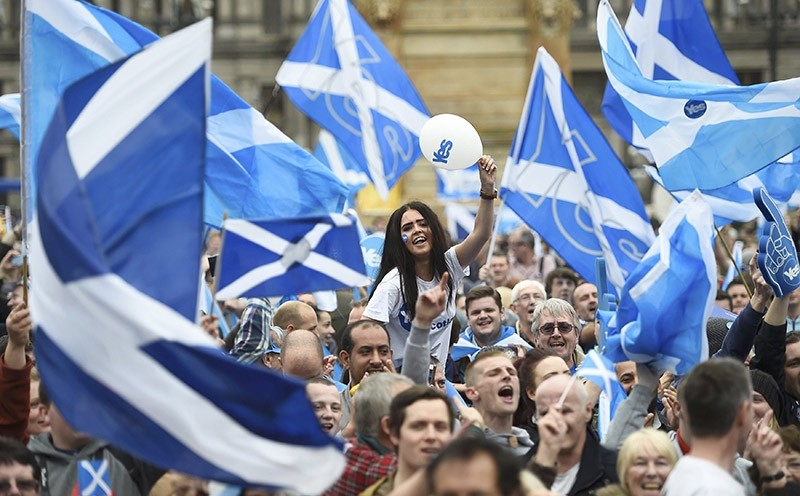 The British government's plan for leaving the European Union is "economically catastrophic" and Scotland must have the option of voting for independence if its views on Brexit are rejected, Scottish First Minister Nicola Sturgeon said on Tuesday.

Sturgeon, who leads the pro-independence devolved government, was speaking after British Prime Minister Theresa May signaled Britain would quit the European Union single market and impose immigration limits whilst seeking fair trade deals across the globe.

Sturgeon said Scots, who voted by a clear majority against leaving the EU in last June's referendum, were now more likely to want independence.

She has submitted a series of proposals on Scotland's position to the UK government, including the option of Scotland maintaining its EU single market links from within the UK.

Many see that as impractical but the Scottish government argues that as Brexit is unprecedented, a creative approach should be considered.

Sturgeon said she wanted evidence that Scotland's voice was being taken into account by the government in London.

"The UK government cannot be allowed to take us out of the EU and the single market, regardless of the impact on our economy, jobs, living standards and our reputation as an open, tolerant country, without Scotland having the ability to choose between that and a different future," she said.

"With her comments today, the prime minister has only succeeded in making that choice more likely."

Ruth Davidson, leader of the May's Conservative Party in Scotland, said Sturgeon should back off the threat of independence.

"(Sturgeon's) Scottish National Party should have the good grace to accept that many of its own demands - including the protection of workers' rights, and the protection of rights for EU citizens in Britain and cross-border cooperation on tackling crime - have been recognized by the UK government," she said.

The Scottish government is due to meet UK counterparts on Thursday in London as part of negotiations for Brexit.