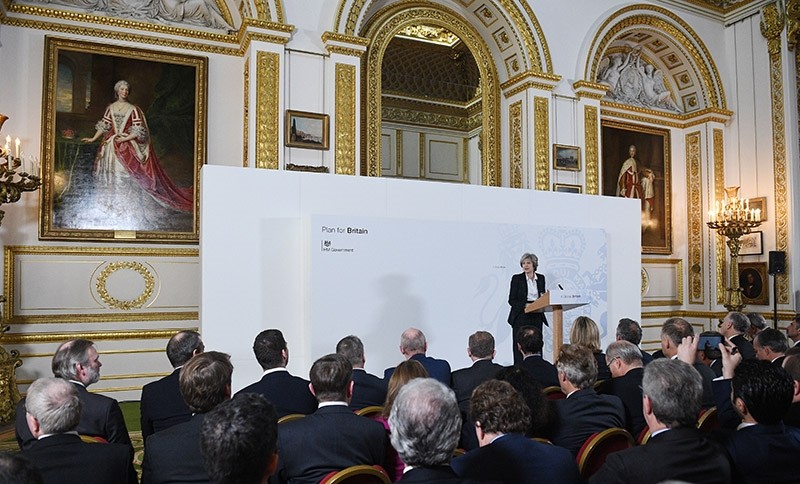 Britain's Supreme Court will rule Tuesday on whether or not Prime Minister Theresa May has to seek parliamentary approval to trigger Brexit, the court said Wednesday.

"Judgment in these cases will be delivered at 9:30 am (0930 GMT) on Tuesday 24 January 2017," the court said on its website, following the government's appeal against a previous ruling.

The judgment will be handed down in the largest courtroom of the court's grand headquarters opposite parliament in central London.

All 11 Supreme Court judges convened in December to hear four days of arguments on behalf the government and the claimants, who say May cannot begin Britain's departure from the European Union without first getting the go-ahead from lawmakers.

It was the first time all 11 judges have sat together to hear an appeal.

The appeal came after a High Court ruling in November that said the government did not have the executive power alone to invoke Article 50 of the EU's Lisbon Treaty, formally starting exit talks.

In a major speech on Tuesday, May said she still plans to trigger Article 50 of the Lisbon Treaty, which sets the rules for a two-year negotiating process for a nation leaving the EU, by the end of March.

The government has already prepared draft legislation on Article 50, according to unconfirmed reports by British media.

Explaining the judges' task at the close of the four-day appeal hearing last month, David Neuberger, the Supreme Court's president, said they were "not being asked to overturn the result of the EU referendum."

"The ultimate question in this case concerns the process by which that result can lawfully be brought into effect," Neuberger said.

A majority of 52 per cent of voters opted to leave the EU in the Brexit referendum on June 23.

In her speech on Tuesday, May said she planned to negotiate an agreement that involves Britain leaving the EU single market, in what critics called an economically damaging "hard" Brexit.

She promised that parliament will vote on the final agreement to leave the EU, most likely in 2019, but she did not mention any consultation with parliament before she triggers Article 50.