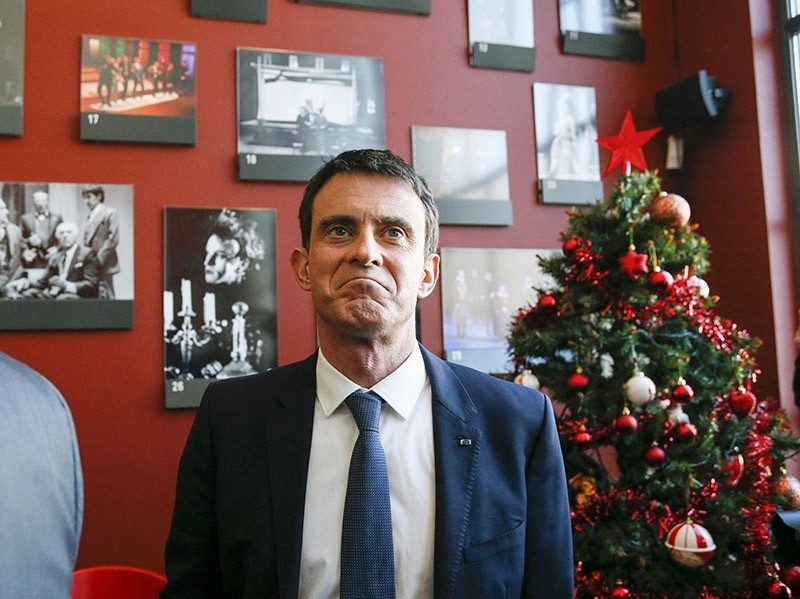 Former French Prime Minister Manuel Valls has been seen getting lightly slapped on the chin by a young man during a presidential campaign stop in the western region of Brittany.

A video posted on the website of local newspaper Le Telegramme Tuesday showed Valls emerging from a building to applause from a small group of people in the city of Lamballe.

Valls walks toward the crowd shaking hands. At one point, a young man wearing a purple sweatshirt is seen shaking the Socialist candidate's hand and then with the same hand, giving Valls a small slap on the lower face.

A bodyguard at the candidate's side immediately clamped the man to the ground.

French media outlets reported Wednesday that Valls will file a complaint against the assaulter.

The acquaintances of Valls described the assaulter as ''a young man who has far right, autonomist Breton political views.''