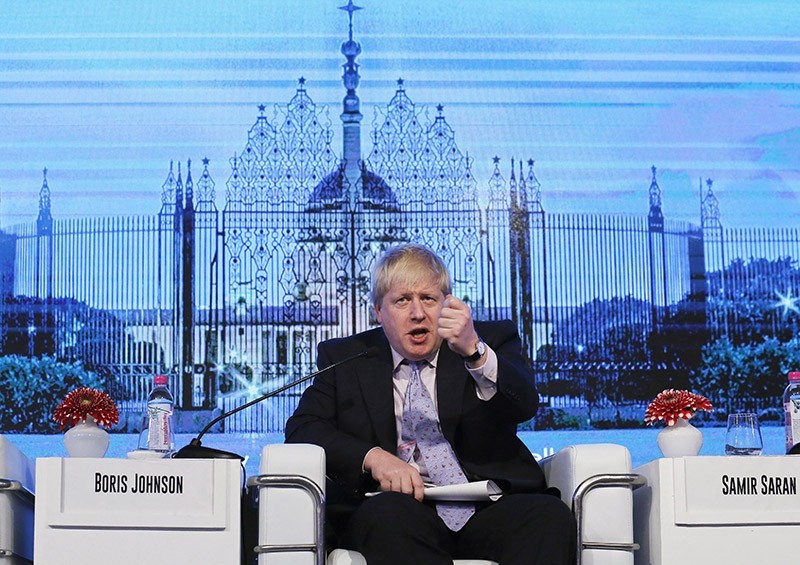 Johnson remarked that Hollande, who has said repeatedly that Britain would pay the price for leaving the European Union, should not penalize Britain as revenge for the country's departure.

According to British media reports, Johnson's comments were in response to one of Hollande's advisers saying the French president would not be prepared to give Britain a better deal outside the single market than in it.

"If Monsieur Hollande wants to administer punishment beatings to anybody who chooses to escape, rather in the manner of some World War II movie, then I don't think that that is the way forward and I don't think it's in the interests of our friends and partners," he said while attending a conference in New Delhi, India.

Johnson's comments were widely understood to be drawing a parallel between the film "The Great Escape," in which British prisoners of war plan an elaborate escape from an apparently impenetrable Nazi prison camp, and Britain's "escape" from the European Union.

Prime Minister Theresa May announced on Tuesday that Britain would leave the single market and said she doubted the EU would make an example of Britain by making a deal which would harm both the European and British economies.
Last Update: Jan 19, 2017 12:25 pm