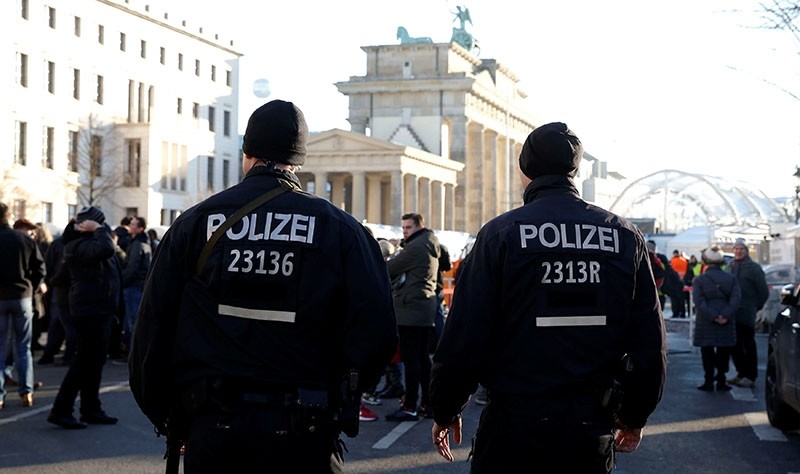 Federal Criminal Police Office chief Holger Münch announced on Wednesday that Germany had lost track of three persons flagged as threats, according to information provided by Burkhard Lischka, who is the domestic policy spokesman for the Social Democrats in parliament.

"They are playing with fire, and every wrong calculation can be deadly," Lischka said after a meeting of the internal affairs committee.

Lischka also stated that about half of the 547 asylum seekers identified as threats were currently living abroad, mostly in Syria and Iraq. 80 were under arrest, leaving about 200 "threats" moving and residing freely in Germany.

Stephan Mayer, member of the Executive Board of the Christian Social Union (CSU), said that over a third of these people, who were deemed a security risk, were residing in the state of North Rhine-Westphalia, while a two-digit number was living in Berlin.

The Berlin truck attacker Anis Amri also resided in these two states before carrying out the Daesh attack.

Interior Minister Thomas de Maiziere told lawmakers the country's Joint Terrorism Task Force would look carefully at each of the 547 people identified as a security risk to determine if they needed to be deported or taken into custody.

The German government, in a reply to a parliamentary inquiry by the Left party, said Amri had been investigated for an attempted murder in March 2016, but gave no further details, according to a report in Die Welt newspaper.

Sahra Wagenknecht, who heads the Left party in parliament, told Die Welt that de Maiziere's inability to answer key questions about the Amri case a month after the attack meant he was "clearly in the wrong job." She called for creation of a special committee to investigate the case.

Amri had been identified as a threat last February, but investigators decided it was unlikely he would carry out an attack, according to German media reports.

Amri, 24, ploughed a truck through a Berlin Christmas market on Dec. 19. Daesh claimed responsibility for the attack, calling Amri "a soldier" of the terrorist group.

De Maiziere and Justice Minister Heiko Maas, representing the two blocs in Chancellor Angela Merkel's ruling coalition, agreed this month on tougher measures for asylum seekers whose documents are not in order or who are deemed a security threat.

De Maiziere, a Christian Democrat, on Wednesday cited heightened security threats and urged lawmakers to quickly approve the new measures, which would make it easier to take people into custody for deportation.

He said it was imperative to set up uniform guidelines for state authorities and the national government for dealing with dangerous migrants and said it was unacceptable that terrorists were moving around Germany freely.

Patrick Sensburg, a Christian Democratic lawmaker, told the Funke Mediengruppe newspaper chain that state authorities who had investigated Amri had not informed Germany's chief prosecutor about those probes until after the attack.

"The justice minister could not determine why multiple investigations of Amri by the states for social benefits fraud, falsification of documents and drug trafficking were not cross-linked," Sensburg told the newspaper.