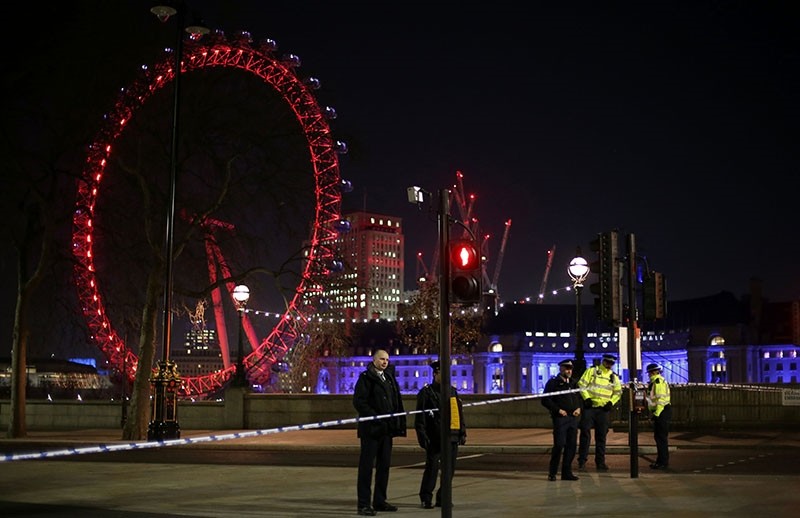 Police officers stand on duty near the cordoned-off Victoria Embankment in London on January 19, 2017, following the discovery of a suspected World War II bomb in the River. (AFP Photo)
by Jan 20, 2017 12:00 am

"Victoria Embankment has now reopened after police and the Royal Navy worked together to remove a suspected WWII ordnance," London's Metropolitan Police said in a statement.

Police were called at 5.15pm (1715 GMT) on Thursday to reports of a suspected WWII bomb.

The involvement of the armed forces came hours after police temporarily evacuated Westminster underground station, which serves the Houses of Parliament.

The rush hour shutdown also saw the closure of Westminster Bridge, in the shadow of parliament's Big Ben clock, and Waterloo Bridge, both of which have since reopened.

The ordnance was spotted after coming to the surface of the water in the tidal flow of the Thames, a police spokesman told AFP.

It was found in the river by Victoria Embankment, close to Horse Guards Avenue where the Old War Office Building is located, which was used by the British government during World War II and was bombed.

More than 12,000 metric tons of bombs were dropped on the British capital during the war, according to London's Imperial War Museum.