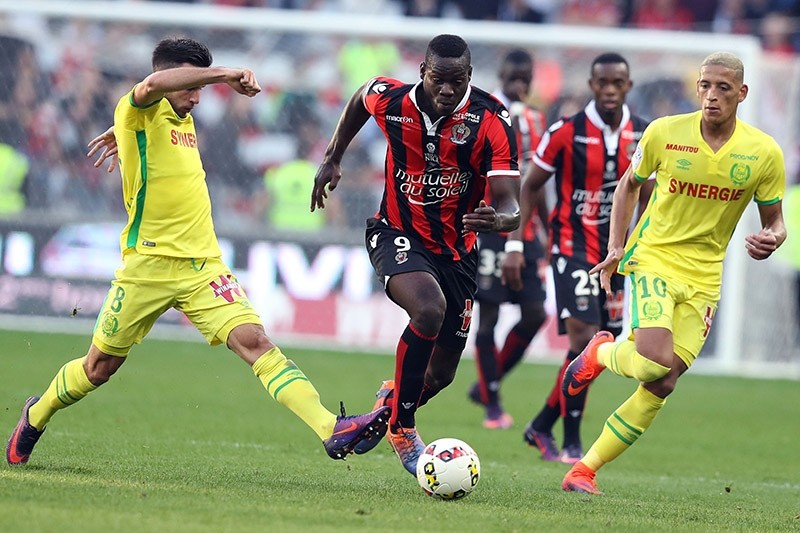 "Yesterday the result against Bastia was right... We will do more work to try to get our objective. The referee was good too," Balotelli wrote on his Instagram account, alongside the image of a black square.

"But I have a question for French people. Is it normal that Bastia supporters make monkey noise and 'uh uh' for the whole game and no one of the 'discipline commission' says anything?

"So is racism legal in France? Or only in Bastia? Football is an amazing sport... those people like Bastia supporters make it horrible! A real shame," he added.

Bastia, however, hit back at Balotelli on Saturday saying they were "amazed" by the allegations.

The club said in a statement that they had not "at any time observed or been informed on Friday evening, either by the officials, team delegates or by any member of the Nice club of any incident of this type".

"It is with amazement that our club has been informed of these accusations which represent considerable harm to the image of Bastia."

The French league's disciplinary committee said it would look into the incidents at the Stade Armand-Cesari.

"From Thursday, the disciplinary committee will open a file of the match incidents based on the supplementary reports from officials and information provided by the clubs," the LFP said in a statement.

The league "deplores all the incidents that occurred during the game between Bastia and Nice", with the bus of visiting Nice -- the league leaders -- pelted with stones ahead of the clash between the two bitter Mediterranean rivals.

Italian international Balotelli, who was born in Palermo as the son of Ghanaian immigrants before he was adopted, has suffered racist abuse several times during his career in both Italy and England.

In April 2015, British anti-discrimination body Kick It Out claimed Balotelli, then playing for Liverpool, had received more than 4,000 racist messages via social media during the 2014-15 season.

The 26-year-old was himself banned for one match and fined £25,000 ($30,000, 29,000 euros) in December 2014 after being found guilty of breaching English Football Association rules by posting a controversial image of Super Mario on Instagram.

He was charged by the FA over an image he reposted on the social media site that contained the words "jumps like a black man and grabs coins like a jew" underneath a picture of the Nintendo games console character.