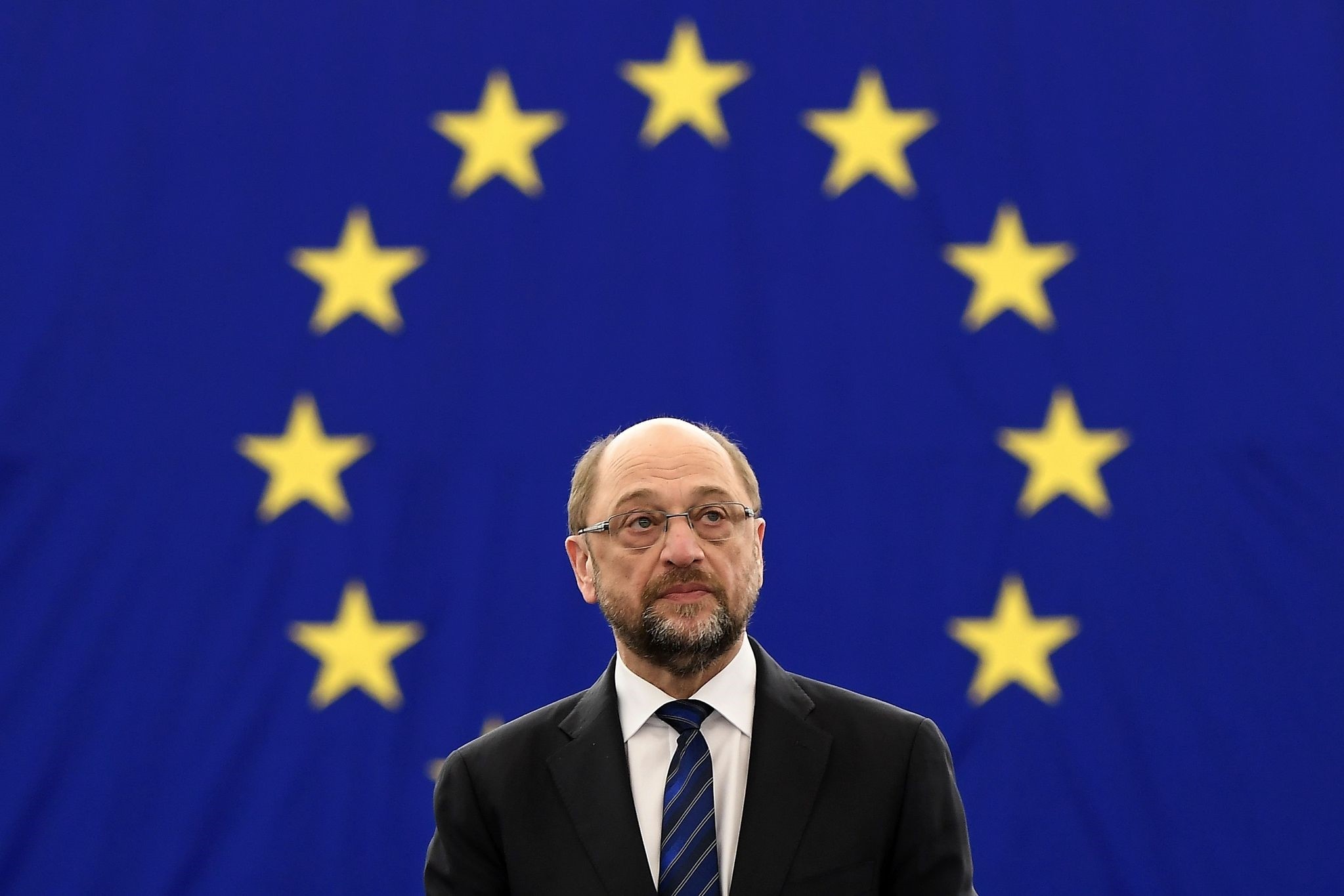 This file photo taken on January 16, 2017 shows then European Parliament President Martin Schulz waiting for the announcement of the candidates for the election. (AFP Photo)
by Compiled from Wire Services Jan 24, 2017 12:00 am

Schulz was "unanimously" endorsed by the party leadership ahead of a formal vote on Sunday, said Gabriel, who earlier ruled himself out of the race.

He added that Schulz would also replace him as SPD chief.

Vice Chancellor Sigmar Gabriel had earlier announced his decision to step down as Social Democrat Party (SPD) chairman and said he would not challenge Chancellor Angela Merkel in elections later this year, local media reported.

In an interview with Stern news magazine, Gabriel, whose party forms the governing coalition with Merkel's Christian Democrats, proposed Schulz to lead the SPD against Merkel in September.

"If I run for Chancellor now, I would fail and also make the SPD fail with me," he told Stern.

SPD parliamentary leader Thomas Oppermann confirmed Gabriel's decision in a news conference in Berlin but declined to comment further. The SPD group is to hold an extraordinary meeting on Wednesday.

Stern said Gabriel would give up his position as vice chancellor and economy minister to take over the role of foreign minister in March from Frank-Walter Steinmeier, who will be the coalition candidate for president.

Recent polls have shown the SPD has stronger chance against the Christian Democrat bloc in the federal election under Schulz's leadership.

According to a poll by the Emnid research institute this month, 27 percent of the voters support Gabriel while Schulz received the backing of 38 percent of the electorate.