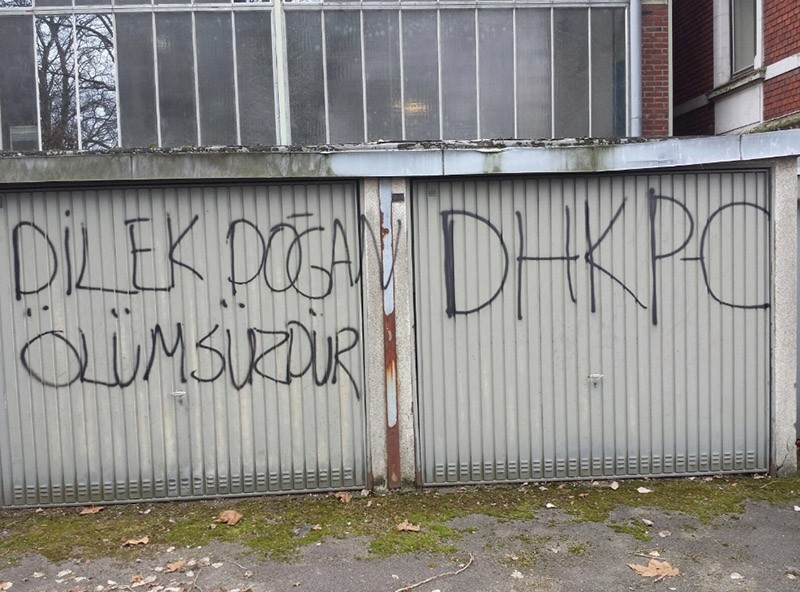 Two unknown persons attacked the headquarters of the Union of European Turkish Democrats (UETD) in Cologne early Wednesday. The attackers broke the windows and destroyed the building's interior and exterior walls with paint.

The attackers wrote "DHKP-C", which is the abbreviation for the Revolutionary People's Liberation Party-Front terrorist group, and "Dilek Doğan is immortal" in paint on one of the walls of the building. Dilek Doğan was shot by police in an anti-terror raid against the DHKP-C in Istanbul in 2015.

Deputy Chairperson of the UETD, Asiye Bilgin, commented on the attack on Twitter, stating that at least one attack was being carried out on different centers of the union each month.

Bilgin also said that the latest attack was the third one carried out on the headquarters in Cologne, adding up to a total of 12 attacks.

The UETD also indicated that they wished German police would take these incidents more seriously, and announced that a press conference was planned for Wednesday regarding the attack.

The DHKP-C, although less influential in Turkey than other terrorist organizations such as the PKK or Daesh, still represents a considerable threat to the country with a string of attacks in past years.

The group was behind the suicide bombing that targeted the United States Embassy in Ankara in 2013, along with attacks on the Justice Ministry and the headquarters of the ruling Justice and Development Party (AK Party) in the capital.