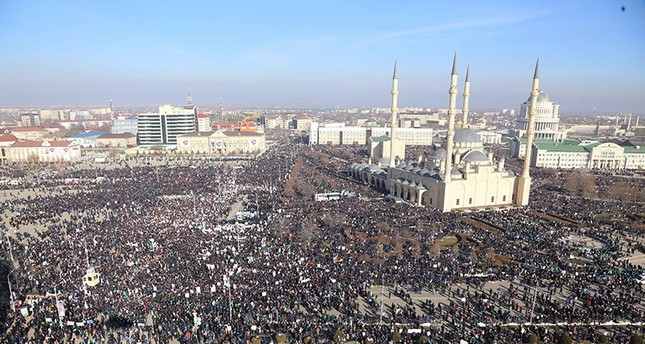 Blaming militants for being Daesh-linked, Kadyrov said that they attacked a police post in Chali, a town about 30 kilometres (20 miles) south of the capital Grozny, during the night.

Two policemen and three assailants were killed during the fire-fight, Kadyrov was quoted as saying in a statement from his office. Two civilians were wounded.

Russia fought two brutal separatist wars over the past two decades in Chechnya but the region has been largely pacified under pro-Moscow Kadyrov's iron-fisted rule.

A dwindling group of insurgents are still fighting the authorities in Chechnya and across the volatile North Caucasus and sporadically launch eye-catching attacks.

Fourteen security officers were killed when armed militants stormed several buildings in Grozny on the day of President Vladimir Putin's state of the nation address in December 2014.

Rights activists and the opposition accuse Kadyrov of running Chechnya as his personal fiefdom, with kidnapping and torture widespread and little oversight from Moscow.

The Russian North Caucasus is one of the major sources of foreign fighters in Syria and Iraq.

The FSB security service last month said it had killed a regional "emir" of the Daesh group in a raid.