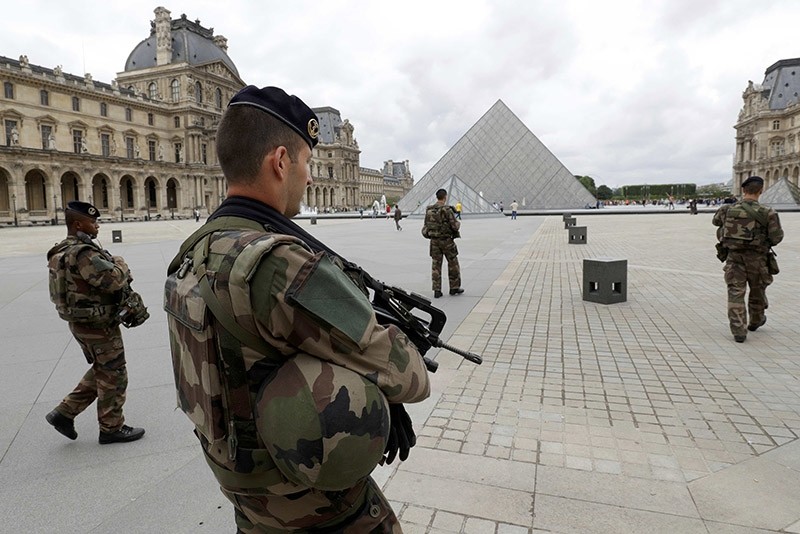 French soldiers have opened fire after a man armed with a knife and a suitcase tried to enter the Louvre museum in Paris on Friday.

A man tried to attack a French soldier with knife near Louvre Museum and the soldier fired back on this individual, a police source told Reuters.

"Serious public security incident under way in Paris in the Louvre area," the interior ministry tweeted as streets in the area were cordoned off to traffic and pedestrians.

The ministry urged people not to spread false information and to follow government accounts for updates.

The Interior Ministry confirmed that the attacker is alive. He is receiving medical attention, and his condition is said to be serious. One soldier was injured in the head.

The Interior Ministry said the soldier opened fire in self defense after threats, and five shots were fired, confirming there was only one assailant.

Police said the incident took place at the basement level, near a shopping area.

All metro stations near the museum have been closed, and some 250 people were inside the museum area are being kept in a safe space.

The shooting comes with France on its highest state of alert with thousands of troops patrolling the streets following a string of attacks in the last few years.

Soldiers in uniform carrying automatic rifles can be regularly seen walking in the area around the Louvre, which is one of the main tourist attractions in Paris, drawing millions of visitors every year.

The huge former royal palace in the heart of the city is home to the Mona Lisa and other world-famous works of art but also a shopping complex and numerous exhibition spaces.

The museum was already suffering from a fall in visitor numbers after recent attacks in France.

Last year, visitor numbers slumped 15 percent from 2015 to around 7.3 million.

Over the last two years, numbers are down about two million, casting doubt on the Louvre's claim to be the most visited museum in the world.

France has suffered a string of attacks, beginning in January 2015 when terrorists killed cartoonists and journalists at the offices of the Charlie Hebdo satirical newspaper in Paris in revenge for publishing cartoons of the Prophet Mohammed.

Another attacker went on to kill shoppers in a Jewish supermarket, killing a total of 17 people in three days of bloodshed.

And in November, French police broke up an alleged terrorist ring which was allegedly planning to attack Paris.