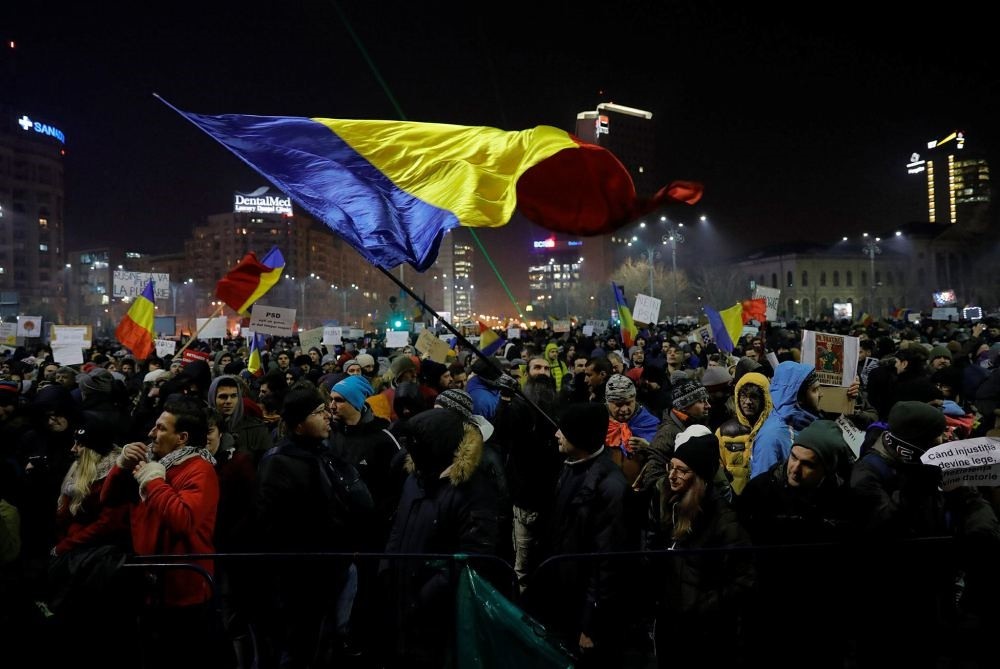 On the night of 31st January the Romanian government secretly approved an ordinance modifying the Penal Code and Penal Procedure Code (more importantly regarding the abuse of power).

The leftist Party of Social Democrats won the December elections in Romania and recently passed a decree that decriminalizes certain offenses, including corruption, in cases where the financial damage amounts to less than 200,000 Lei ($47,600).

The decree was passed under an "emergency order," which means that the government, formed by the president and the prime minister, has the authority to bypass parliament, the country's legislative branch, entirely. These types of actions have been taken several times in the past by former Romanian governments but unlike executive orders in the U.S. it is not as easy to repeal them. In effect, the order would absolve hundreds of former and current politicians who are either under investigation or serving prison sentences as well other individuals who have been charged with "official misconduct."

Frans Timmermans, the European Commission's vice-president said that the Romanian government should "urgently reconsider" their decision and that the country's EU funding might be cut as a result.

Hundreds of thousands have taken to the streets throughout Romania protesting the governments' actions even under near-freezing weather conditions. Despite this, Prime Minister Sorin Grindeanu disregarded popular sentiment and stated: "We took a decision in the government and we are going to press ahead." Party leader, Liviu Dragea, went a step further, calling President Klaus Johannis of the center-right Party of National Liberals the "moral author of last night's violence." Since then Johannis has threatened to take the matter to the country's constitutional court.

The protests have turned violent in the country's capital, Bucharest and have resulted in arrests and injuries.

On Jan. 23, President Johannis was accused by Liviu Dragnea, President of the Chamber of Deputies and leader of the ruling PSD, of "leading" a coup against the government due to endorsing the protests that took place on Jan. 22. He's also accused and threatened the president with impeachment by the parliament as a result of attempting to interfere with the party's electoral program.

The embassies of Belgium, Canada, France, Germany, the Netherlands and the U.S. have released a joint statement part of which reads: "This act, in contravention to the collective wisdom of the entire judicial and rule of law community, credible elements of civil society, and the demonstrated concerns of Romanian citizens over the past two weeks, can only undermine Romania's standing in the international community and risks damaging partnerships that are based on common values, inherent in the guiding principles of the EU and NATO."
RELATED TOPICS