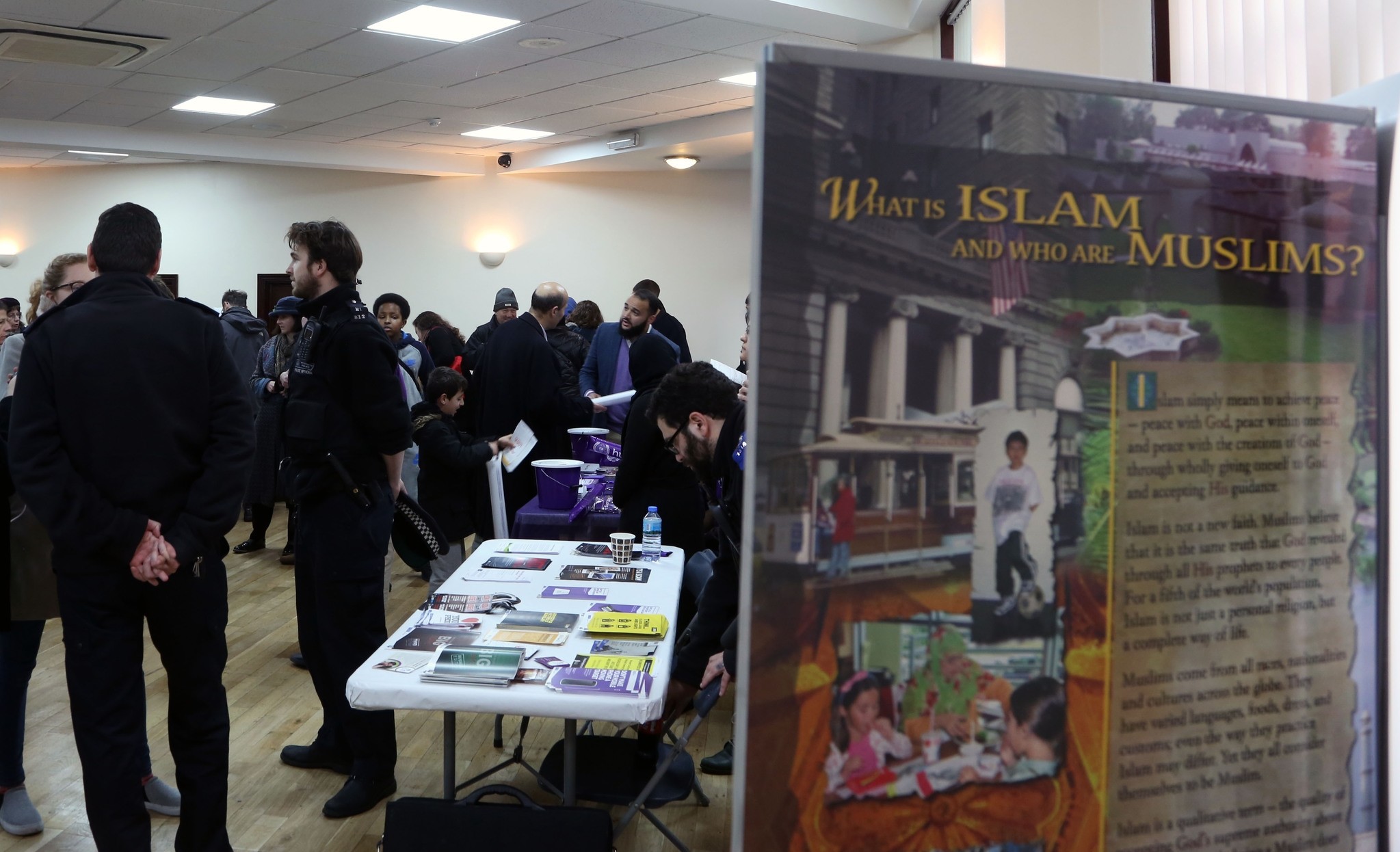 by Daily Sabah with AA Feb 05, 2017 12:00 am
More than 150 mosques in the U.K. opened their doors to visitors Sunday in an annual open house to promote better understanding of Islam and Muslims.

Scores of people visited the Finsbury Park Mosque, just one of the many Muslim places of worship open to the public, where they were offered materials such as CDs, leaflets, and books explaining the religion of Islam.

Labour Party leader Jeremy Corbyn was among those who attended the third Visit My Mosque Day, together with his party's Shadow Foreign Secretary Emily Thornberry. 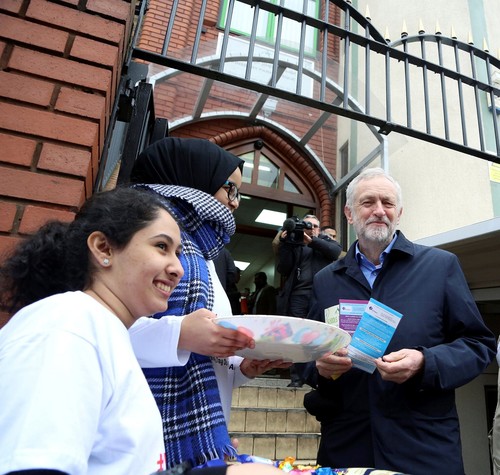 At a press conference at the mosque, Corbyn underlined the importance of kindness in communities.

"Over the last few weeks there has been some awful language used in many parts of the world. Awful language degenerates into awful actions; those awful actions end up in the deaths of wholly innocent people, as happened in Quebec," said Corbyn, alluding to an attack on a mosque which left six dead.

"I will send a very gentle message to the man across the Atlantic who seems to be in need of gentle messages and more understanding: Drinking tea together is far more effective than pouring concrete to building walls to keep each other apart," he added.

Crowds of visitors enjoyed free drinks and cake at the mosque while listening to young men and women on hand to answer their questions about the mosque and Islam.

Louise Duggan was one of those who was visiting a mosque for the first time. She said she thoroughly enjoyed the experience, adding, "It was very important to show solidarity with Muslims in the current world situation."

Mohammed Kozbar, the mosque's chairman, told Anadolu Agency that they have held this annual open house for the past eight years.

"It is more important than ever now to engage positively with the community and to show them mosques are not only about prayers; this is a community center when it is open," he said.

"Today is about building bridges and promoting community coherence between all communities," Kozbar added.

"Visit My Mosque Day aims to provide a platform for Muslims to reach out to fellow Britons and explain their faith and community beyond the negative media headlines," the Muslim Council of Britain, the event's organizers, said on their official website.