Trump should not be allowed to address UK parliament, says British speaker 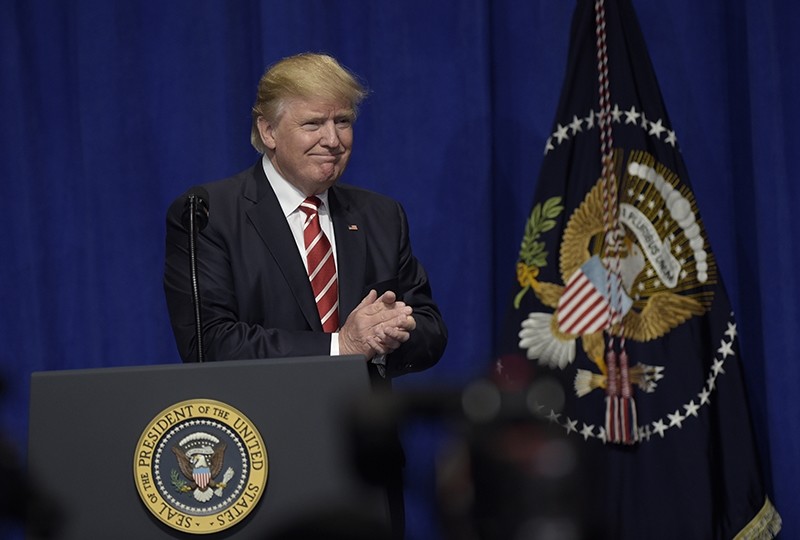 Bercow said at a parliament session that the relationship with the U.S. is valued and the decision of a state visit by a president is beyond the parliament speaker's authority.

"However, as far as this place is concerned, I feel very strongly that our opposition to racism, and to sexism and our support for equality before the law and an independent judiciary are important considerations in the House of Commons," he added.

Trump has drawn the ire of many with remarks on immigrants, Muslims and women during his election campaign.

His controversial travel ban on seven Muslim-majority countries and refugees have ramped up fierce criticism against him, including in the U.K.

Bercow said a parliament address by a foreign statesman "was not an automatic right, it is an earned honour", adding there was precedent for a state visit that did not include such appearance before British lawmakers.

At least 163 MPs have signed an early day motion Monday, asking the speaker not to permit any possible address by Trump during his state visit.

An online statement asking the government to cancel Trump's state visit saw more than 1.8 million signatures but Prime Minister Theresa May said the visit would go ahead as planned.

The petition titled "Prevent Donald Trump from making a State Visit to the United Kingdom" said the new U.S. president "should be allowed to enter the U.K. in his capacity as head of the U.S. government, but he should not be invited to make an official state visit because it would cause embarrassment to Her Majesty, the Queen."

The parliament will hold a debate on the petition on Feb. 20.