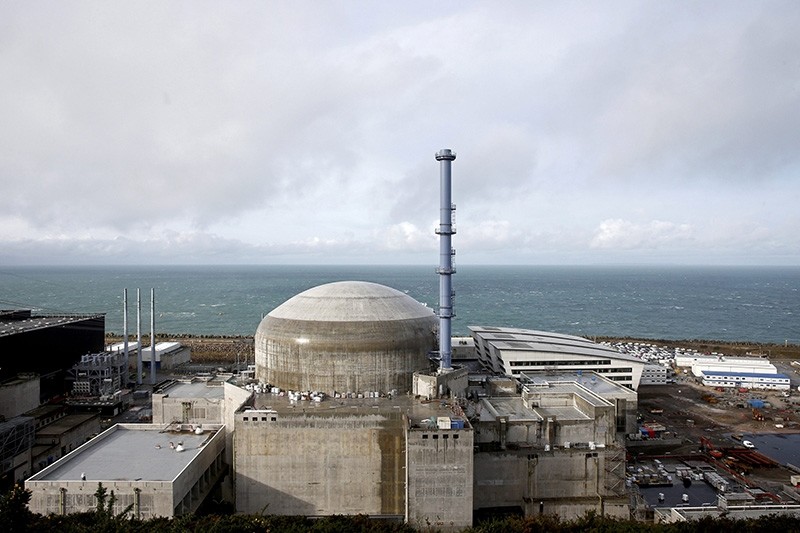 General view of the construction site of the third-generation European Pressurised Water nuclear reactor (EPR) in Flamanville, France, November 16, 2016 (Reuters File Photo)
by Compiled from Wire Services Feb 09, 2017 12:00 am
An explosion occurred at French utility EDF's Flamanville nuclear plant on Thursday in which there may have been some injuries but from which there was no nuclear risk, French newspaper Ouest France reported on its web site, citing local police.

Officials at EDF's Paris headquarters had no immediate comment and local officials at the plant in western France could not be immediately reached for comment.

"It is a significant technical event but it is not a nuclear accident," senior local official Olivier Marmion told AFP following the blast at the Flamanville plant 25 kilometres (15 miles) west of Cherbourg.

Firefighters and medical teams were sent to the site of the blast.