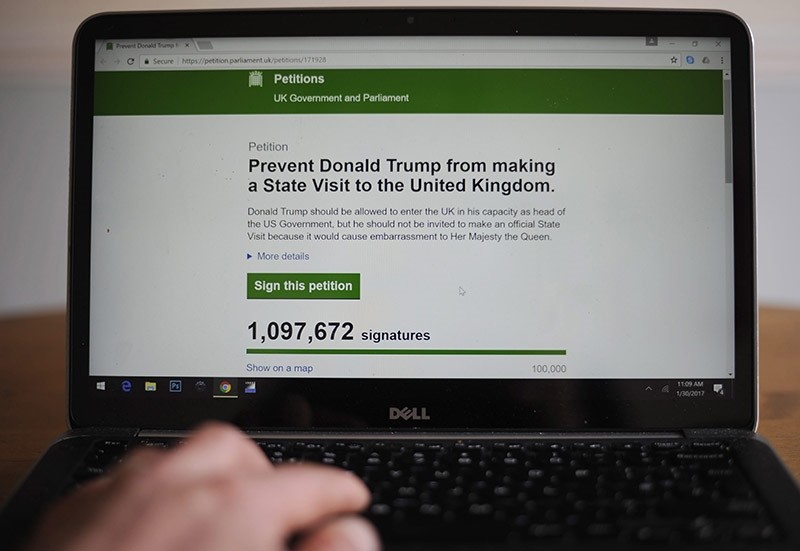 An online petition to 'Prevent President Donald Trump from making a State Visit to the United Kingdom' is seen on a laptop screen in London, Britain 30 January 2017. (EPA Photo)
by Daily Sabah Feb 14, 2017 12:00 am

The British government has officially rejected the online petition that aimed to prevent US President Donald Trump's official state visit to the UK.

The petition garnered 1.855 million signatures and stated that Trump should not be allowed to make an official state visit "because it would cause embarrassment to Her Majesty the Queen."

The British Foreign Office responded to the petition on behalf of the government in a statement, which said, "HM Government recognizes the strong views expressed by the many signatories of this petition, but does not support this petition."

The statement continued by saying the British government, "believes the President of the United States should be extended the full courtesy of a State Visit. We look forward to welcoming President Trump once dates and arrangements are finalized."

The statement emphasized that the visit reflects the importance of relations between the United States and the United Kingdom.